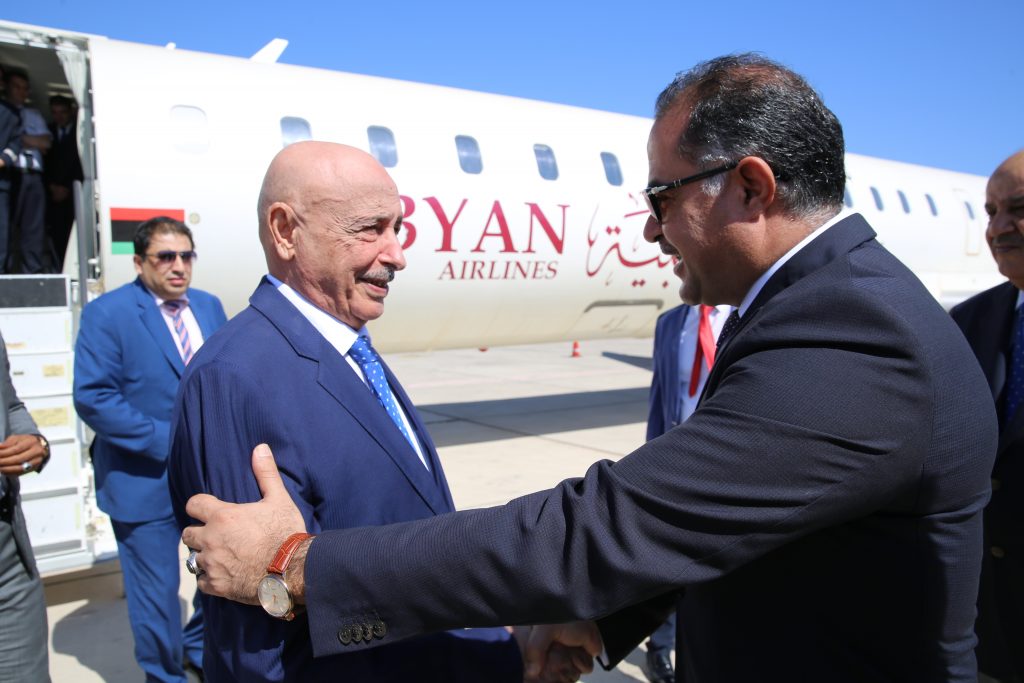 Ageela Saleh, president of the House of Representatives (HoR) is in the Egyptian resort of Sharm El Shaikh for the start of the Arab Parliament’s 2016 session which this year includes, for the first time, a joint session of the Arab and the Pan-African parliaments.

The Arab Parliament, designed to coordinate work between national parliaments and develop standardisation between Arab states, was set up by at Arab summit in Algiers in 2005.

The Pan-African Parliament is the legislative body of the African Union.

The two parliaments will meet together on 10-19 October. The aim is to encourage political and social cooperation between the Arab world and Africa.

The session will also celebrate the 150th anniversary of the start of parliamentary life in Egypt.