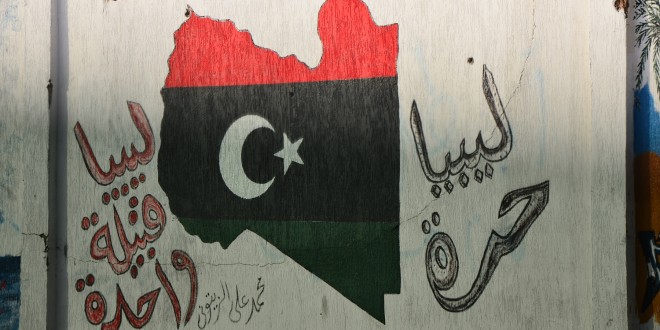 A group of civil society institutions have presented a new national charter to end the political chaos and the deadlock that have plunged the country into uncertainty for more than three years now.

The initiative aims to bring all competing parliaments and parties here under a new legislator called “The National Assembly,” to bring political, security and administrative stability to the country and reconstruct its institutions.

According to the charter, which is called “The Founding Document of the State of Libya & its Stabilization,” the period of the proposed parliament would be five years. It’s proposed 120 members should be selected, not elected, from all regions based on consensus and testimonial.

“The Tripoli-based NA shall assume power of the legislation and endorse the public policies and the state’s general Budget. It also exercises the supreme control over the executive authority and has the right to choose the head of the state and withdraw confidence from him and grant confidence to the government and its withdraw it therefrom.” The charter reads.

It pointed out that the NA shall adopt a number of laws and regulations soon after its first session. These includes:

1. A law regulating structure of the executive power, its organs and its subsidiary bodies.

2. General amnesty law, the NA, however, must determine the categories covered by the amnesty.

3. Law on the establishment of the constitutional court.

4. A law establishing the urgent departments that have jurisdiction over the crimes: (Murder, banditry, kidnapping, illegal immigration and serious crimes of public money).

5. Law regulating the acquisition of weapons, ammunition and their possession.

7. Civil society law so as to ensure right of the silent parliamentary control.

9. Law to freeze the parties’ work until drafting of the constitution.

The charter said the head of state is to also act as the Supreme Commander of the Libyan Army.

“The head of state appoints both Chief of Staff of the Libyan Army and Chiefs of Staff, in consultation with the Prime Minister and the Defence Minister,” the charter said.

It defined the army as regular military forces responsible for the defense of Libya, preserve national unity, and maintain public order and security. It is prohibited from involvement in the civil constitutional system.

To contain with the revolutionary fighters, the charter proposed formation of the National Guard.

“The National Guard is an armed regular military force composed of February 17th  military & civilian rebels’ formations. It is competent in protection of the Constitution & Government System in the framework of principles & objectives of February 17th revolution  and provides a helping hand to the Security Services and the Army when needed according to the law.   The National Guard may repel any military action targeting the Constitutional System or the peaceful path for trading on power without the need for an order to do so.” It explained.