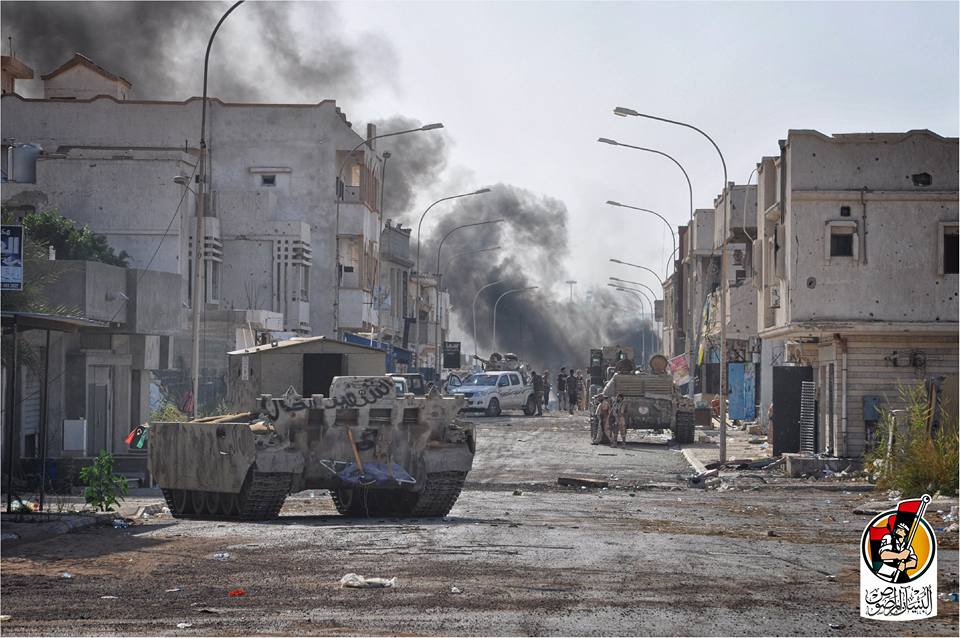 The forces of the Operation “Al-Bunyan Al-Marsous” had advanced inside the city of Sirte and regained new locations from the terrorist group, the Islamic State (IS).

Al-Bunyan Al-Marsous controlled two streets, on Saturday, after ousting the IS elements.

Sources from Al-Bunyan Al-Marsous revealed that one of the leaders of the IS named Abul-Bara Al-Masri, was killed in an attack of the operation on the IS, on Friday, in Al-Jeeza Al—Bahrea, the last stronghold of the IS in Sirte.

The Media Center for Al-Bunyan Al-Marsous said on its Facebook page, on Saturday, that the forces achieved a significant advance in the district “Al-Manara” in the southern axis. The forces regained their locations in the eastern axis after controlling Al-Jeeza Al—Bahrea and the buildings “600”.

In another context, a group of the residents of Al-Swoawa area had killed five of the IS elements, who were hiding since a week earlier.