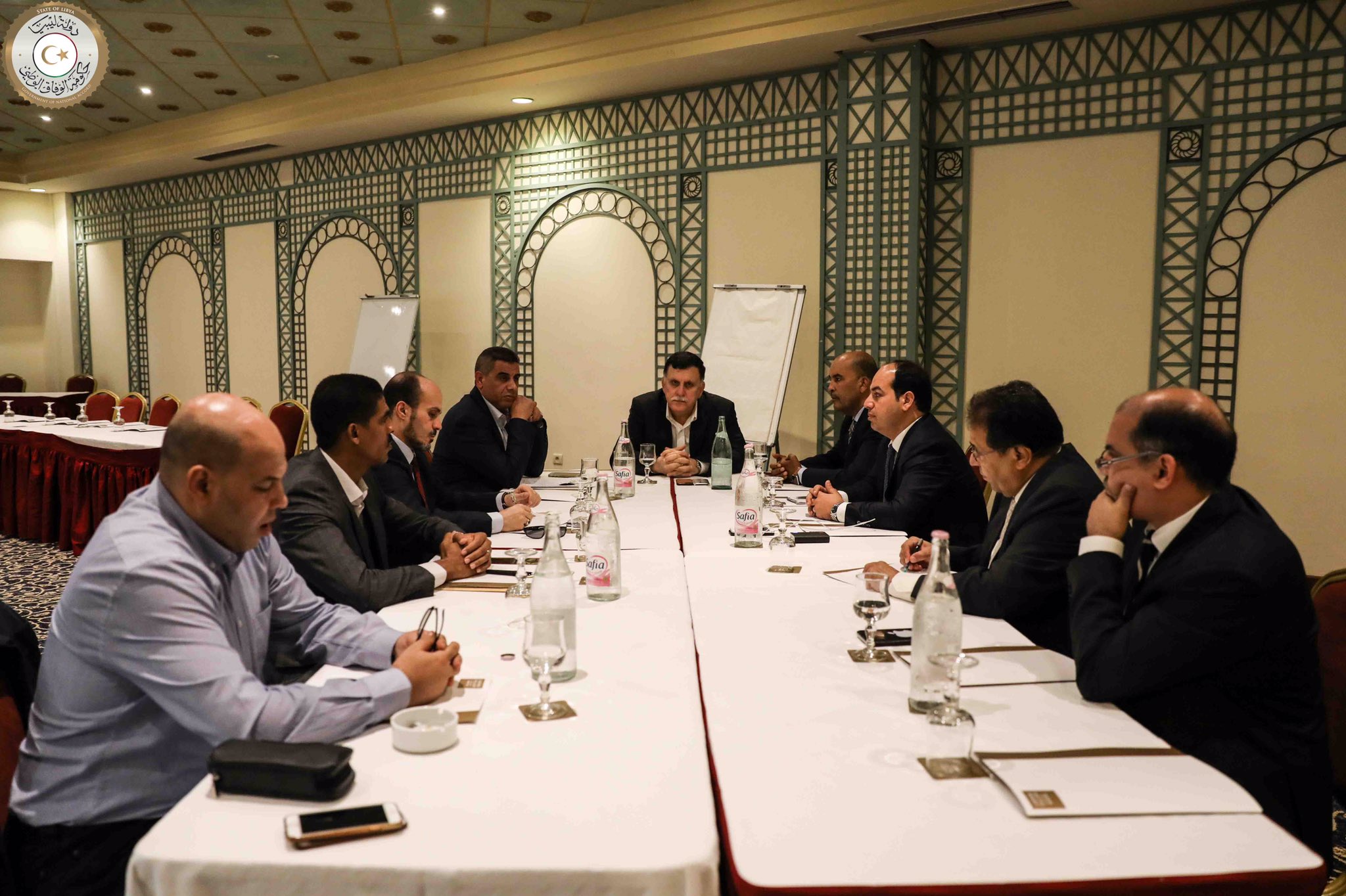 Chairman of Libya’s Presidential Council of the Government of National Accord (GNA) Fayez al-Sarraj revealed that the council’s meetings on forming a new cabinet will be on Libyan territory.

“The current political standing will not accept the GNA’s presence abroad any further,” said Sarraj.

Sarraj’s statement was released from his media office, after holding a meeting with the nine council members in Tunisia. GNA meetings come at a critical time for Libya as it descends into conflict. Disputes must be set aside, and priority must be given to national interest, said Sarraj in his statement.

All nine members of the PC also said that they want their next meeting to be held in Libya.

A statement to that effect published on the Presidency Council’s Facebook page was confirmed by PC member Musa Koni who said that it was unacceptable to decide on a government while outside Libya.

He was forming a committee to decide where to go, he disclosed, and a decision would be reached by the end of the weekend.

He further stated that so far in Tunis the PC had not discussed the new cabinet. That would start after the decision had been reached on where to convene.

Apart from logistical issues and security considerations which disbar most towns and cities, Ali Gatrani, close to Khalifa Haftar and a main voice of the east in the PC, refuses to go anywhere that he considers not under legitimate military control. That excludes not only Tripoli, but also places that others see as sufficiently neutral, such as Nalut in the Jebel Nafusa.

He would be quite happy with Tobruk, Marj or Beida, but Misrata’s Ahmed Maetig has concerns for his personal safety in such places. Almost nowhere, other perhaps than Ghadames, Ghat or possibly Hun might meet all the PC members’ considerations.

PC members also met with U.N. Special Envoy Martin Kobler who has been encouraging a decision on a new government as soon as possible.