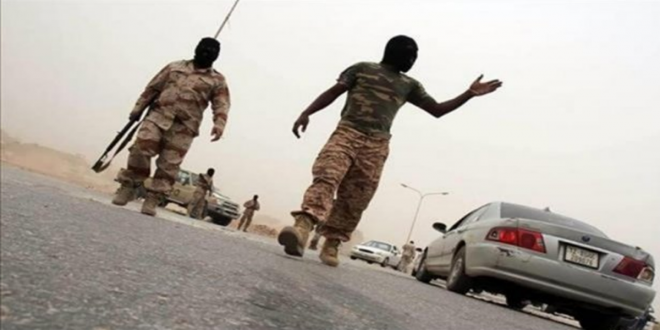 Two Italians and a Canadian man, who were abducted in Libya, are allegedly in the hands of a group led by an Algerian man linked to al-Qaeda in the Islamic Maghreb but who is acting on his own account, security sources told Middle East Eye.

The sources said that the group was demanding a ransom of 4m euros for the three hostages, who were abducted on 20 September near Ghat in southern Libya.

Two Italian men, Bruno Cacace, 56, and Danilo Calonego, 68, and a Canadian man called Frank, worked as engineers for the Italian company Contratti Internazionali Costruzioni (CO.I.COS) at the airport in Ghat.

Even though the area where they were abducted is a well-known AQIM hotspot, it seems that the abductors were acting on their own account, sources said.

“The group is made of Libyans and Algerians and it is led by an Algerian man. His name is Abdellah Belakahal,” an Algerian security source told MEE.

Algerian authorities, who maintain close relationships with the Tuareg and Toubou tribes of the region, were asked by Italian authorities to facilitate negotiations between the governments and the abductors.

The Algerian security source said the Belakahal group threatened “to surrender the hostages to AQIM or to an Islamic State cell” if the ransom is not paid.

The hostage-takers also allegedly demanded, in addition to the ransom, the release of two prisoners, among them Belakahal’s brother who is in jail for arms trafficking.

MEE was told by a credible source in Ghat that the negotiations are being led by Libyan tribes acting as middlemen.

They are “well advanced” into the negotiations and the hostages “are expected to be released soon”.