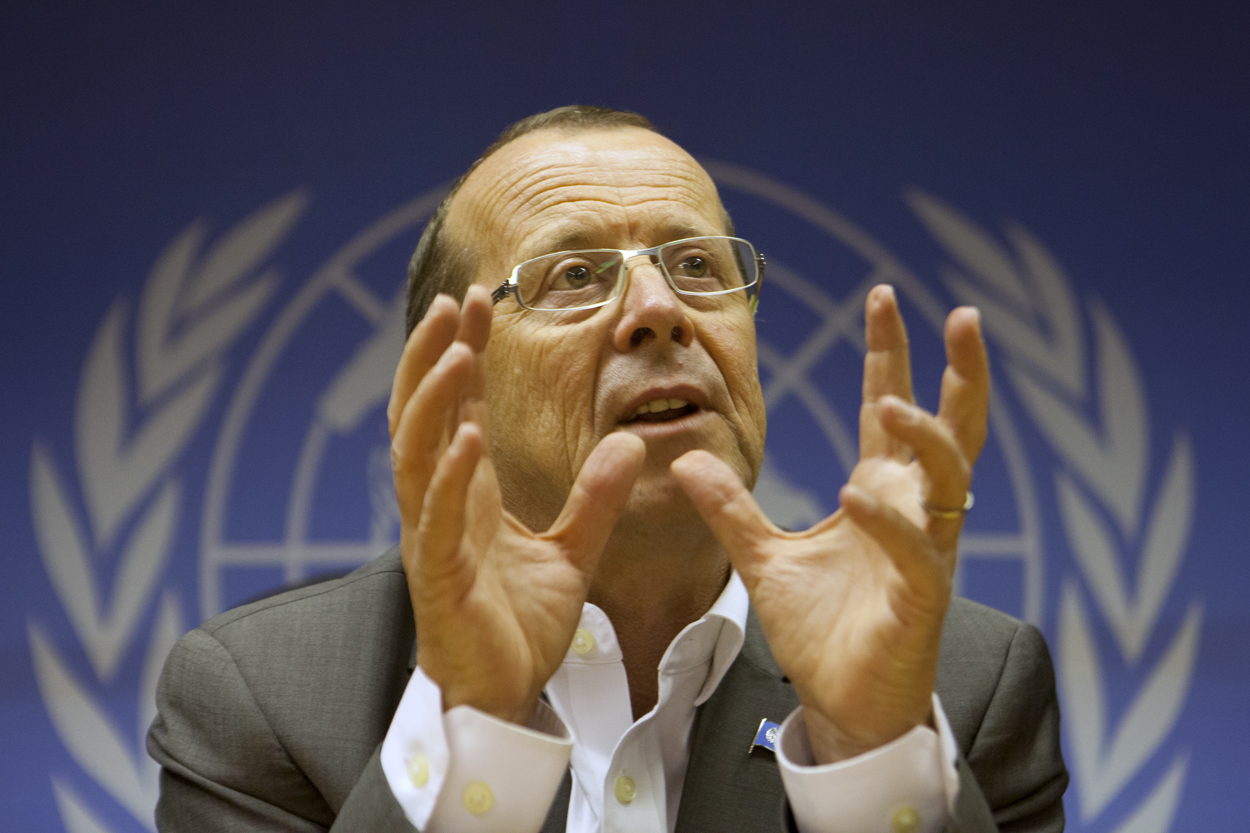 After  his visit to the Al-Fallah migrant detention centre in Tripoli, the clearly saddened UNSMIL chief Martin Kobler called for urgent international support to improve the conditions of 7,000 arrested migrants in the capital.

Kobler said money was needed to improve food, health services and living conditions in 20 centres run by the Department for Combatting Illegal Migration.  In the past the department has been criticised by human rights organisations as well as UNSMIL itself for poor conditions in the the centres.

However after his visit yesterday Kobler said that the detention staff had been working hard but they lacked the resources. The UNSMIL chief was shown dormitories where the inmates slept on cushions and the kitchen where the day’s main meals was being prepared.

The UNSMIL chief also met boycotting members of the Constitution Drafting Assembly who have rejected the draft document unveiled at this July’s meeting of the Libya Dialogue team with Faiez Serraj and members of the Presidency Council.

After meeting Kobler, one of the boycotters, Salem Kashaf told Nabaa TV that they had explained that their complete rejection of the draft because it played to tribalism whereas they wanted “a civilised future for Libya”.