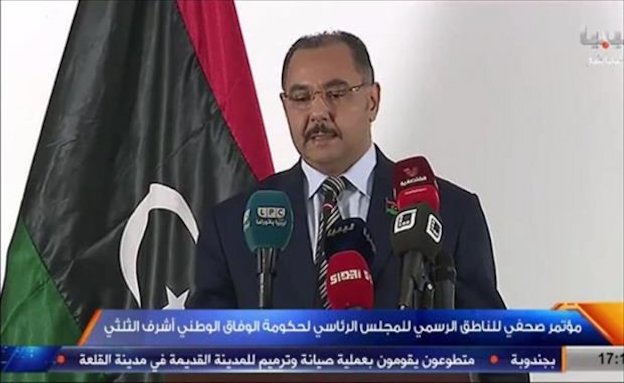 The spokesperson of the Presidential Council (PC), Ashraf Tulty, had announced, in Tripoli on Sunday, that the coming days will witness the formation of the new security devices, including the Presidential Guards.

Tulty said, in a press conference, that the “new Libya is based on non-exclusion of any category in the Libyan society.

He pointed that the reason for the problem of the security situation in Southern Libya is non-securing the borders with neighboring countries.

It is worth mentioning that the PC had appointed Tulty as a spokesperson. The deputy head of the PC, Ahmed Mitig, said that the PC had named Tulty to keep communicating with national and international media institutions.