Home / Featured Articles / Libyan Political Agreement a failure, says International Crisis Group; calls for it to be renegotiated and Hafter to be included 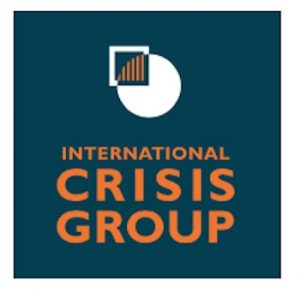 Libyan Political Agreement a failure, says International Crisis Group; calls for it to be renegotiated and Hafter to be included

The International Crisis Group says the Libyan Political Agreement (LPA) signed in Skhirat last December has to be changed. In a hard-hitting and lengthy report published today, it says that as it stands it cannot be implemented.

The agreement has altered the conflict, far more so than resolving it, it states. While the Presidency Council (the main outcome of the PLA) has been unable to deal with issues affecting ordinary people such as power and water shortages and the lack of money in the banks, divisions in the country have deepened over the past year as a result of changing situations on the ground.  Libya potentially now faces free-fall, it warns.

To save the country, the calls for new negotiations to create a united government “involving especially key security actors not at Skhirat” – a reference to Khalifa Hafter and the Libyan National Army. Not only has the agreement altered the conflict, the conflict has altered the circumstances. Hafter’s successes in Benghazi and in the oil fields have upset the international community’s calculations and changed the situation on the ground.

As a result, the international community’s instance in implementing the LPA as its stands is wrong. The peace process has to be “reset”.

In fact, it says, the international community is as divided as the Libyans.

While the group of mainly Western countries are pushing for the Presidency Council and the LPA have already recognised its Government of National Accord, another group, led by Egypt, the United Arab Emirates (UAE) and Russia, is giving Haftar “overt and covert political and military support, as has France on counter-terrorism grounds,” the report states.

“Ostensibly concerned with finding a solution to Libya’s divides, it [the second group] publicly subscribes to the peace process but undermines it and offers no concrete alternative.”

Noting that the fight against the so-called Islamic State is largely won, the report says warns that unless there is a reset to the peace process, Libya could well see fighting among the victors in east and west over oil and gas.

“The possibility exists that some forces now in Sirte, aided by others in western Libya, will continue eastward and clash with Haftar’s forces in the oil crescent, or that the latter will seek to move west toward Tripoli,” the report states.

“The prospect of Libya in freefall should give all pause, especially the vulnerable neighbours. Regional and global actors involved in the diplomatic process over Libya should converge on common goals, push for a renegotiation of the accord, use their influence to restrain the belligerents and nudge them toward a political solution and participation in a security track.”

Specifically, the International Crisis Group calls for the following:-

The full report is here.