Home / Featured Articles / In Libya ‘there are no winners today’ 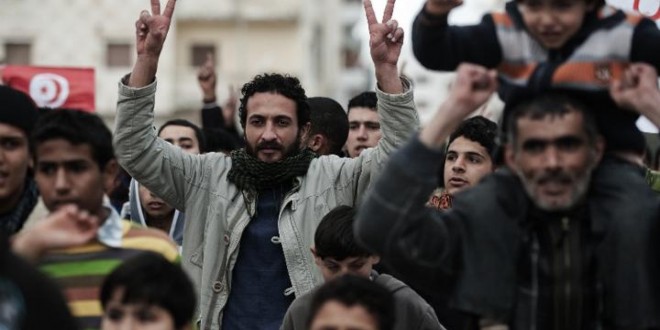 In Libya ‘there are no winners today’

Libyan officials from the Government of National Accord (GNA) and the Central Bank of Libya are expected to convene in the Italian capital, Rome, to flesh out the details of an agreement aimed at pulling the North African nation out of an economic crisis.

Thursday’s planned meeting would be the second in a US-led initiative to prevent the Libyan economy from collapse after recent World Bank warnings of the rapidly deteriorating situation.

Owing to five years of armed conflict and political deadlock, the country has been prevented from exploiting its main source of income, oil, which accounts for more than 95 percent of export revenues. Today, Libyan oil production is reaching only a fifth of its potential, according to the World Bank. The drop in production has cost the government more than $68bn since 2013.

The country is now running a major deficit, analysts say, forcing the Central Bank to tap into its fast-depleting reserves. The government is unable to pay salaries on time or fund public investment, and limits on cash withdrawals from banks are being imposed.

“People are certainly feeling the pressure of the economic crisis. The country’s finances have eroded significantly and if the current political turmoil is not solved then Libya’s reserves will run out,” Mohamed Eljarh, a political analyst with the US-based Atlantic Council think-tank, told Al Jazeera.

“Even those who do have money are only permitted to withdraw a certain amount of cash,” Eljarh said from the Libyan capital, Tripoli.

Claudia Gazzini, senior Libya analyst at the International Crisis Group – a research NGO – estimates that foreign currency reserves have fallen from more than $100bn to $40bn since 2013. “This is impacting the Central Bank’s ability to access the reserves,” Gazzini told Al Jazeera.

In early November, however, an agreement was reached in London at a meeting organised by the US and Italy, to release $6bn worth of bank funds to the GNA and its leadership committee, which is referred to as the Presidency Council (PC). The funds are set to be allocated towards oil production and exports, salaries and electricity, among other things.

The GNA, a “unity government”, was formed under a United Nations proposal and subsequent agreement in December 2015. It was meant to bridge the political divide by replacing the two other rival governments operating in Libya. But since its installment in March 2016, the GNA has struggled to gather support on the ground.

“There has been no political solution since 2014 and it only gets worse. Instead of having a united political body, we have ended up with three governments,” Nadia Ramadan, a Tripoli-based market researcher, told Al Jazeera.

Ramadan says the economy has deteriorated to a point that many of those who once supported Libya’s 2011 uprising “are now regretting it”. Food prices, she continued, have gone from being subsidised under former leader Muammar Gaddafi, to being overpriced. “All Libyans are suffering now. There are no winners. It can be seen clearly that the economic crisis has hit all west, south and east [of Libya].”

“All we need is for the country to regain stability, to have one government.”

Similarly, Eljarh says the agreement in London is merely a way for world powers to extend the political status quo while preventing the economy from unravelling – a strategy he believes is not in the best interest of the Libyan people. “If we’re going to talk about addressing eroding finances and the collapsing economy, we need to end the conflict. There needs to be a new mechanism of dialogue between actual key players in the conflict who are influential,” said Eljarh.

“They [Western powers] cannot keep insisting on the GNA and the PC. The agreement for the GNA was signed a year ago and they have no power or influence on the ground.

“They get them to meet in capitals all over the world and sign papers, but the GNA is not the one calling the shots. The only recognition they have is outside Libya, when they meet with world leaders.”