Home / Normal / Khalifa Al-Ghweil: Haftar is a coup plotter and must be tried in court, we still oppose him 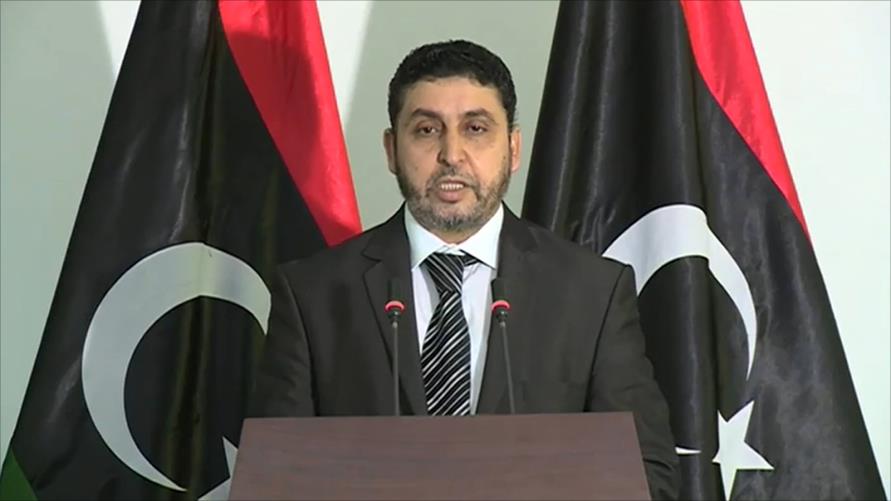 Khalifa Al-Ghweil: Haftar is a coup plotter and must be tried in court, we still oppose him

The Prime Minister of the Salvation Government (SG) in Tripoli, Khalifa Al-Ghweil, said his government’s stance on Khalifa Haftar has not changed, adding that they think he is a coup plotter who has for long committed crimes against the Libyan people and he must be tried for them at a Libyan court.

“We have told our fellow citizens in the east to rally around us if they wanted to form a real military institution that will be governed not with a single person and we told them that Libya is for all of us.” Al-Ghweil said.

In an interview with Al-Jazeera Net website, Al-Ghweil added that the SG meeting with eastern stakeholders resulted in an agreement on finding a mechanism to coordinate work among five service ministries in the SG and the eastern government in order to facilitate providing services for the Libyan citizens, who are the most damaged off the political fragmentation in the country.

He added that the SG is trying to solve the conflict that was caused by the failure of the Skhirat agreement, which has done zilch of the vows and promises it made, saying that the foreign intervention for the support of Haftar’s coup Dignity Operation is blindingly obvious for all, not to mention the public biased stance of Al-Sirraj government in favor of one conflict side over the other.

“We have left the door open for the efforts aimed at unifying the country in order to maintain its sovereignty.” Al-Ghweil remarked, describing the UN-proposed government as illegitimate and as an eliminatory party gasping for creating turmoil in the country.

The Prime Minster of the eastern government, Abdullah Al-Thanni claimed on TV that he agreed with Al-Ghweil on working together under the Tobruk –based House of Representatives and led by Khalifa Haftar against the UN-proposed government and Muslim Brotherhood.