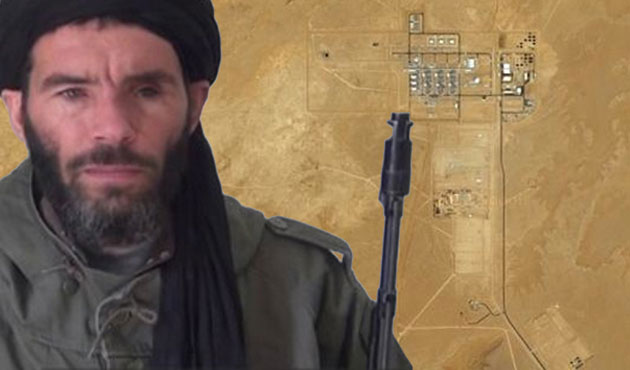 One-eyed hostage killer Mokhtar Belmokhtar, one of Al-Qaeda’s most notorious allies in North Africa, was said Monday to have been slain in a French air strike.

A US official, speaking on condition of anonymity, confirmed a report in the Wall Street Journal that US intelligence helped France target the veteran rebel fighter.

The news came as French defense minister Jean-Yves Le Drian was in Washington for talks with his US counterpart Secretary of Defense Ash Carter.

But neither top official confirmed the strike, said to have taken place in southern Libya earlier this month.

The Algerian militant, commander of an Al-Qaeda-linked faction of the Al-Murabitoun group, has been reported killed on several previous occasions.

But the official told AFP the latest strike is believed to have finally hit the elusive militant, once known for kidnapping Europeans for multimillion dollar ransoms.

According to the Wall Street Journal report, citing experts and unnamed officials, the strike reflects closer US and French intelligence cooperation.

Belmokhtar became one of the world’s most wanted men in 2013 after a spectacular assault on the In Amenas gas plant in Algeria left at least 38 hostages dead.

This year, his group claimed responsibility for an attack on luxury a hotel in Burkina Faso that killed another 20 people, most of them foreigners.

And reports he had arrived in Libya have fuelled concern that jihadists will take advantage of the political turmoil there to establish a base of operations.

Washington put a $5 million bounty on the 44-year-old’s head, dubbing him the leader of the Khaled Abu al-Abbas Brigade, also known as the “Signatories in Blood.”

In May last year, he insisted that Al-Murabitoun remains loyal to Al-Qaeda, despite another of its leaders pledging allegiance the ISIL group.

Belmokhtar was born on June 1, 1972 in the ancient desert city of Ghardaia, 370 miles (600 kilometers) south of the Algerian capital.

In a rare 2007 interview he said he joined the mujahideen rebels fighting the Soviet forces in Afghanistan in 1991 when he was barely 19 years old.

In Afghanistan, he claimed, he lost an eye to shrapnel and had his first contact with the group that became Al-Qaeda, eventually rising to a senior position.

He returned to Algeria in 1993,  joined the Armed Islamic Group (GIA), and thrived thanks to his intimate knowledge of the remote deserts of southern Algeria, northern Mali and Niger.

In 1998 the “Salafist Group for Preaching and Combat” (GSPC) broke from the GIA and Belmokhtar went with them.

Belmokhtar was best known as a smuggler, known by some as “Mister Marlboro” for trafficking cigarettes.

But in 2013 he emerged as the hardline leader of the “Signatories in Blood,” blamed for attacks across the Sahara and the Sahel in Algeria, Mali, Chad and Niger.

The group is one of several units roaming the scarcely governed wastelands of the Sahel, smuggling goods and people and attacking Western targets.