Home / Normal / Islamic State’s Libya war: ‘They used a baby as bait to kill us’ 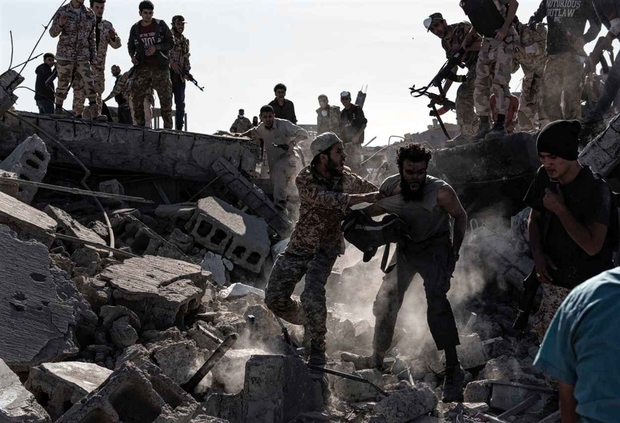 Islamic State’s Libya war: ‘They used a baby as bait to kill us’

Mofth Ali’s hand was injured at the weekend. But he considered himself fortunate: four of his army colleagues were killed in an act which demonstrated the desperation of Islamic State during its final days in the Libyan city of Sirte.

The 20-year old soldier recalled how a group of soldiers were approached by a lone woman.

“We saw her walking towards us with a baby in her arms,” he said. “We said we would help her to get out. We told her she had to give us the baby.”

“She approached us, stretched her arms out to give the child to a soldier and then blew herself up. Four of our men were killed and 20 injured, including me.

He explained how the Libyan troops had told all women in the area to open their arms and show they were not armed.

“When she gave us the child, we saw her explosive belt under the blanket that covered him. Some of us started to run. I have lost comrades and friends. 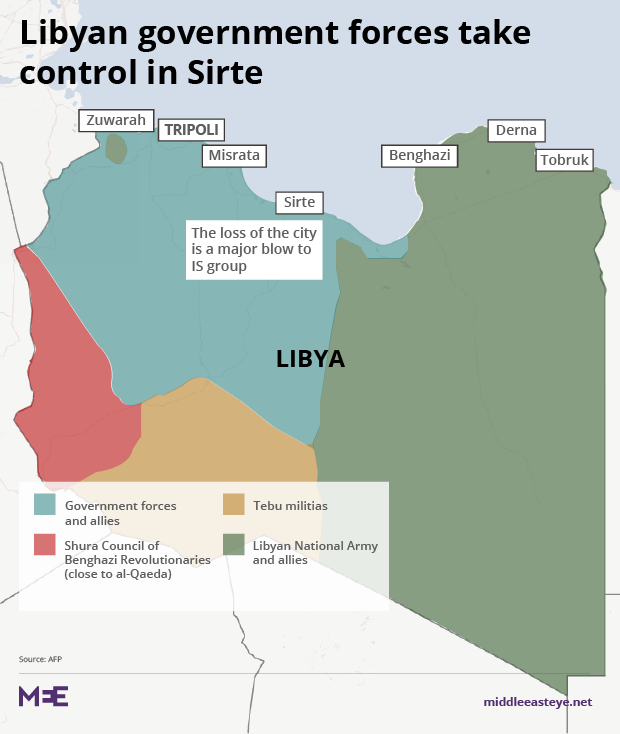 “We have faced dozens of car bombs, snipers, militants trained better than us. The worst things are the explosive belts. When I look at my hand now, I feel lucky – but if I close my eyes, I see again that scene, and I think of my dead comrades.

The dilemma they faced is agonising.

“For us it is impossible to distinguish between a civilian and a woman. So if I see a woman in front of me with a baby in her arms, what can I do? Do I shoot or not?”

Fighting comes down to a dozen houses

Sirte was the last remaining outpost for Islamic State in Libya.

Since the start of May, the al-Bunyan al-Marsous – the military force under the control of the Government of National Accord – battled to regain the coastal town at a cost of 600 dead and more than 3,000 injured, according to its officials. The number of IS dead has been put at around 1,200 by Libyan forces. No one knows the number of civilian fatalities.

After six months of fighting and more than 400 US airstrikes targeted on IS positions, the final hours of fighting came down to a dozen houses close to the sea in the city’s Al-Giza district.

What remains of the neighbourhood is now nothing but a pile of rubble, littered with dozens of bodies.

Mohamed al Ghasri, spokesman for the operation, explained that the slow pace of the advance was due to the presence of civilians in houses still controlled by IS. Female suicide bombers were an added threat.

“Our priority is to save civilians,” he said, “but we do not know how many of them are still there, and how many militia.”

Abdalh Ahmed, another young soldier, recalled: “A few days ago we were advancing. A woman and a child tried to walk towards our positions, but a sniper shot the woman, killing her.

“The child remained beside the dead mother and we could not do anything. We could not save him, because going towards him meant to meet certain death, meant that we would become a sniper target.

“They wanted to use the baby as bait to kill us. They would sacrifice the child’s life. And we had to leave the baby there.”

‘These children will be scarred forever’

And then there were the sons and daughters of IS. At the weekend, Libyan soldiers pulled a dozen children from the rubble. Their fathers were still somewhere in Sirte, fighting.

Ali al Zawhiri, who specialises in mine clearance, said that the night after the two women blew themselves up, he heard the cries of trapped females, followed by male voices.

“The Islamic State men said to them: ‘Shut up or we’ll kill you.’ They held them hostage. We are so close that we can hear everything, especially at night.

“The terrible thing is that they even threatened their own women and their children. These people are supposed to be their families. ”

“They have had nothing to eat or drink,” said Ali. “Two nights ago, using binoculars, I saw a child. I threw him a bottle of water and fruit juice. I used a torch to show him where they were. I wanted to help him to escape. Instead, he took them and went back inside, shouting: ‘I’m afraid, I cannot escape.

The day after, we took that house and I managed to save the child and take him to hospital. It makes me proud, but the lives of these children will be scarred forever.

He spoke of how the children had become the first victims of war. “I have seen women, wives of Isis militants, go out with a baby in their arms, saying they have left another two or three children behind.”

Fighters amid the rubble

Early on Monday, Libyan soldiers found in the rubble the bodies of 15 militiamen and claim that 20 of them surrendered.

That same day, four IS fighters were killed. As Libyan soldiers carried away the body of one, another fighter hiding in the rubble of a house ran out and blew himself up. Pieces of his body flew metres into the air.

These were the last desperate acts of IS in Sirte: a group which knew the fight was lost, but which was still determined to do everything to make life as difficult as possible for their enemies, resisting hunger and thirst to kill even one Libyan army soldier.

MEE witnessed the capture of one IS fighter, discovered by Libyan soldiers as they searched the rubble for women and children.

His face was marked by hunger, as around him soldiers were shouting and shooting in the air.

A few hours later he was lying on the ground, dead.