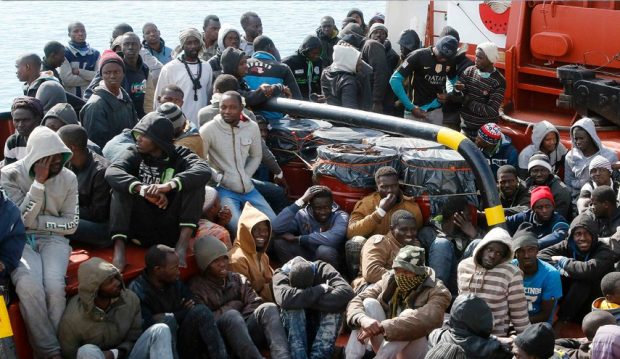 While Libya is going through political division and nation-wide conflicts, migrants from all African countries continue to be the victim of individual and militia abuse in the capital and elsewhere around the country, according to IOM and other relief organisations as well as Operation Sophia of the EU off Libya’s coat.

Caught in the country’s instability and lawlessness, sub-Saharan migrants are exposed to abuse, violence and trafficking. International aid does not always reach them and they rot in detention centers, often in sub-human conditions, according to Euronews.

The migrants — who hail from Eritrea, Cameroon, Cote d’Ivoire, Sudan, and Congo, among other places — are illegal because Libya does not offer them the possibility of asylum. Some still dream of crossing over to Europe, but the journey is as expensive as it is dangerous, says a Euronews report.

Security SituationTrafficking and Migration
All
2016-12-10
asaeid
Previous Martin Kobler: Concerned for Civilians in Qanfouda, calls for Safe Passage
Next Is Egypt trying to control Libya through Haftar?