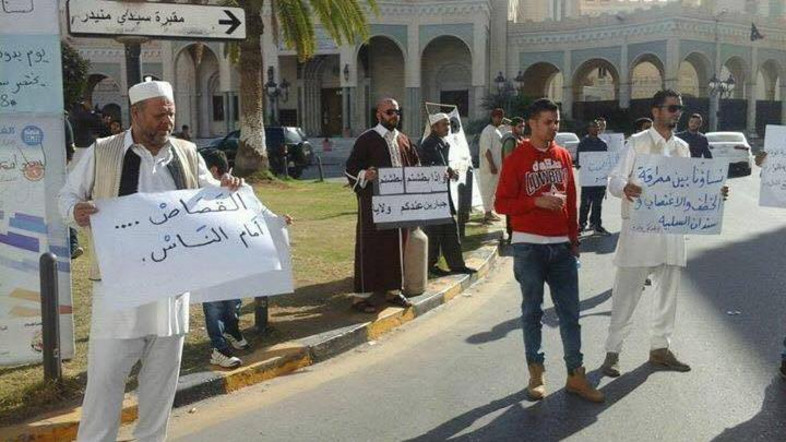 Protests held in Libya after woman gang-raped by militias

Scores of protesters rallied in the center of Tripoli on Friday evening to protest the gang rape of a woman by members of militias that control the capital of Libya.

The protesters marched to the municipality council headquarters holding banners denouncing the silence of the national accord government over the crime and are demanding punishment for the rapists.

On news outlets and social media, people showed their outrage toward the crime and denounced what they saw as a security mayhem in Tripoli as the government turns a blind eye to the militants’ human rights violations.

Protesters raised banners with the victim’s plea to her rapist saying: “Shame on you, you have mothers, sisters, and wives as well.”

The rape video that was posted by the “Tripoli Revolutionaries Brigade” on its Facebook page last Wednesday showed three men taking turns in abusing the naked victim in a manor owned by “Naeem al Oshaibi”, a leader of the sixth battalion and one of the main supporter of Benghazi Shoura Council.

The brigade claimed that the video was one of the core motives of their attack against the battalion last week.