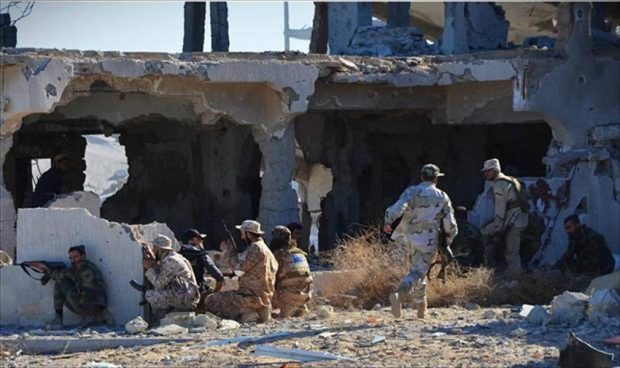 While combing through the recently freed Sirte neighbourhood, the Misurata-led forces of Al-Bunyan Al-Marsous found Sunday an explosions workshop filled of man-made explosives and explosive substances.

Security officials at the military engineering unit of Al-Bunyan A;-Marsous explained Sunday that there were many explosive devices ready to be used in bombings and a number of man-made bombs inside the workshop.

This comes as the Misurata-led forces keep om combing through the freed city of Sirte, which was liberated almost a week ago after over 6 months of fighting against IS militants.