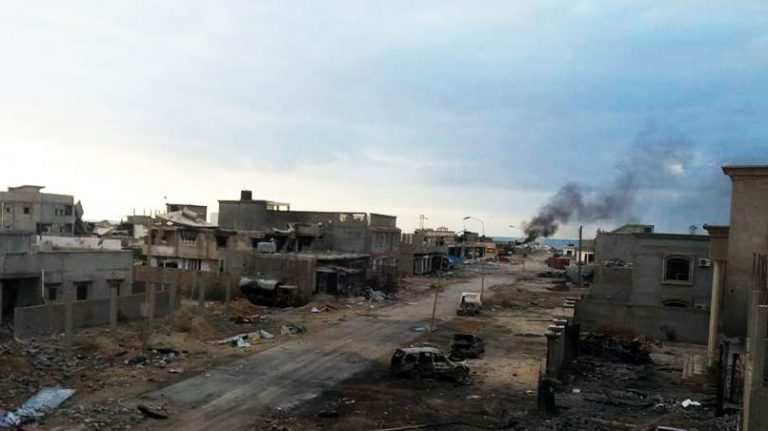 The least 11 soldiers died today and eight were injured during heavy fighting as the Libyan National Army worked its way further into the terrorist-held enclave in Benghazi’s Ganfouda district.

In the course of the last 24 hours it is said that a major food dump has been overrun along with a building housing an IS radio station. A small ammunition store was also said to have been found and destroyed.

The flow of civilians leaving the enclave continues to be intermittent. LNA sources have denied that social media pictures of fleeing families which were published earlier in the week were fakes. Today the army said that only four families had come over. There are however reports that two prisoners held by the terrorists somehow found freedom. The pair had originally been picked up in 2011 during the Revolution and later fell into the terrorists’ hands.

Despite now being apparently entirely cut off from any resupply,  fighters from the Benghazi Revolutionaries’ Shoura Council and their terrorist allies from IS and Ansar Al-Sharia continue to exact a heavy toll. The fight has been notable for the number of senior officers to be killed. Saiqa Special Forces field commander Akhram Al-Bassiouni was the latest victim, one of four soldiers to die on Sunday.