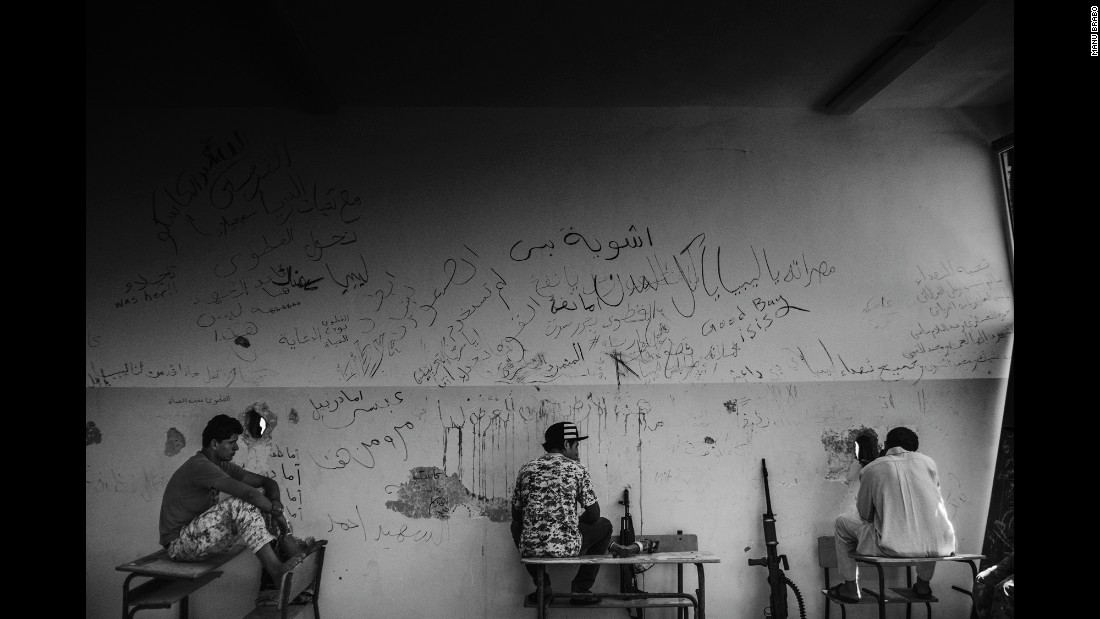 Libyans use ‘leftovers’ to defeat ISIS

Earlier this month, the Libyan city of Sirte was liberated from ISIS.

The terrorist organization was driven out of the small coastal city by U.S. airstrikes and “a bunch of guys with guns.”
That’s how photographer Manu Brabo described Libyan forces who fought to reclaim ISIS’s “most important nest and stronghold” in the country.
They came from nearby cities. They were painters, bakers, fathers. Anywhere from 16 to 60 years old, according to Brabo.
“Most of them are fighting in flip-flops and shorts,” Brabo said.
In May, these Libyan forces launched an operation to defeat ISIS. Their resources were limited. They reused tanks and ammunition from the Libyan Civil War in 2011.
“Leftovers,” as Brabo puts it.
Brabo wanted to tell a story that encapsulated a deadly and bloody battle that lasted for months — a story of “fear, tension and sadness.”
And silence. So much of the city has been destroyed and deserted.
“It’s a little bit creepy,” he said. “You cannot see anyone before you reach the front line.”
Brabo’s photos show gutted and crumbling buildings, scarce of life and people.
“You can hear shooting in the distance,” he said.
Brabo first visited Sirte in 2011. He returned in 2016 and saw a lot of the same people he met before.
Join the conversation
But the war claimed hundreds of lives and injured thousands.
“I made good friends there,” Brabo said. “And sadly, I have lost some.”
With little protection and old artillery, fighters were extremely vulnerable and ill-equipped to treat injuries. The nearest “hospital” was located inside an emptied grocery store. Only a few paramedics worked there, according to Brabo.
Even though the situation was dangerous, Brabo said, “they always had time to make jokes.”
A facade to soften reality.
“But even if they’re smiling, they don’t care to.”
Security ForcesSecurity Situation
Sirte
2016-12-14
asaeid
Previous Russian Ambassador Discusses Military Strategy with GNA Defence Minister
Next Algerian al-Qaeda boss seriously injured but alive