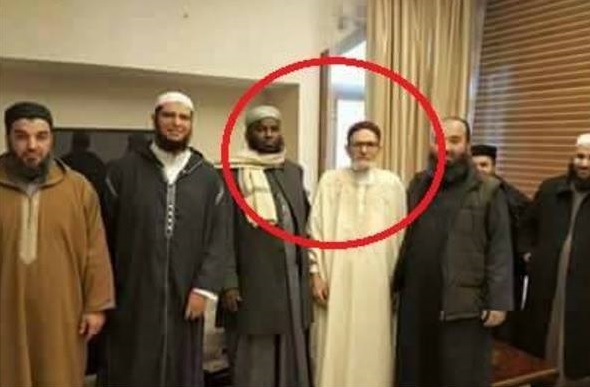 Security forces loyal to Dignity Operation have apprehended Sheikh Ismaeil Shaban, the head of the committee of Tawergha IDPs camps in Tripoli and the Tawergha municipality member in Saluq, western Benghazi.

Media sources from Benghazi said Shaban was arrested when he was attending the funeral of his nephew in Saluq as a security force stormed into the site and took him from among the mourners to one of Haftar-led security buildings in the district.

The sources added that Dignity Operation militias accused Shaban of terrorism after they found a photo of him alongside the Libyan Mufti, Al-Sadiq Al-Gharyani, in his cell phone.

Sheikh Shaban is the preacher of the mosque at the Tawergha IDPs camp in Tripoli’s Airport Road and one prominent figure of the national reconciliation commissions as well as the Misrata-Tawrgha dialogue committees.

Dignity Operation forces are accustomed to arresting anyone suspected of opposing them or their leader, Khalifa Haftar, and they usually charge them with ready-made charges like sponsoring terrorism or belonging to Muslim Brotherhood Group so that they can throw them in one of their infamous jails like Garnada Prison, which was hellish for even pro-Haftar figures who later opposed him or his sons and followers.