Home / Normal / Fears for IS women and children jailed in Misrata 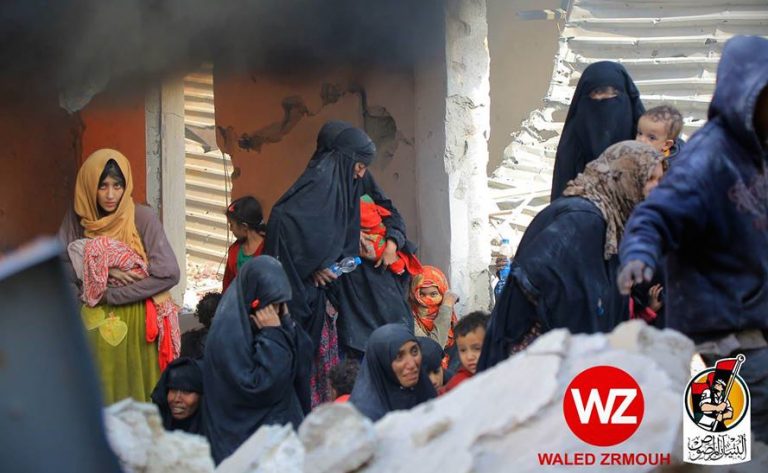 Fears for IS women and children jailed in Misrata

Concern is rising for more than 120 women and children, some of them wounded, held for weeks in Misrata after they were found among IS terrorists in the final stages of the Sirte siege.

An official at the city’s Al-Jawiyyah prison has told Human Rights Watch that there is insufficient medical care for the group within the jail. Public hospitals were refusing to admit those needing treatment for fear of attacks by locals angered at the 700-plus death toll among Bunyan Marsous in the Sirte operation.

Once they were inside BM lines the injured  were given first aid at field hospitals.  But  prison officials say some of them have shrapnel and bullet wounds that need urgent hospital attention. There are also cases of dehydration and malnourishment and some of the women are pregnant. The prison clinic is not equipped to deal with pregnancies and children. An official said that the jail could not afford to pay for outside care

Human Rights Watch today urged action. “The Libyan authorities should do everything possible to ensure that the women and children who fled Sirte do not suffer from any association they may have with ISIS fighters,” said Bill Van Esveld, an HRW children’s rights researcher, “The authorities should urgently work with the UN and aid groups to get these civilians to a safe place where they can receive necessary medical care and other assistance.”

UN officials who visited Al-Jawiyyah four times since November had  told HRW that there were 35 women and 88 children, including 15 who are unaccompanied, held in the jail.  None was said to have identification documents. Although the majority of the detainees is Libyan, others are said to be from Chad, Eritrea, Iraq, Niger Syria and Tunisia.

A prison official said that with the exception of four Filipina medical staff trapped in Srte when IS took over, the group was made up of wives and children of IS fighters. There have have been many reports suggesting that some at least of these IS “wives” were seized and given to the terrorists.

In the last days of the fighting in Sirte, BM broadcast regular surrender appeals, aimed particularly at women urging them to escape the conflict. The numbers rose slowly from an initial trickle. The early caring welcome given to the women and the children changed at the start of this month, when at least one woman blew herself up amidst the men who thought they had rescued her.

The change of mood among BM forces led to extreme wariness as black garbed women and children approached. The woman who blew up four BM fighters along with herself had arrived with a number of children. Footage of some of the subsequent civilian surrenders recorded shouted insults that they were infidels and scum. Yet there were also examples of BM fighters ignoring the risks of suicide bombers and still dangerous terrorist snipers to carry terrified children to safety.