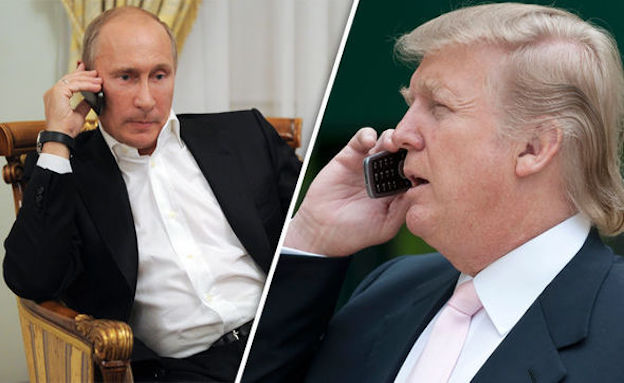 Before getting into the Libyan profile, we should talk firstly about Aleppo fight, and the important international alliances formed around it by the states that directly or indirectly involved in the Libya conflict.

Aleppo fight is one of the most significant dynamic shifts in the regional and international positions, uncovered new and essential alliances in the international system. And despite media provocation accompanied Aleppo fight by forums affiliated with some states with decisive position towards the Syrian conflict, spearheaded by Saudi Arabia, but official positions were on the same level of media provocation, except for one Tweet by Dubai former police, chief Dahi Khalfan, who said that “Erdogan embroiled Syria revolutionaries, encouraged, stimulated, and prompted them to revolt against Bashar Al-Assad, and now he is lining up with Bashar and Russia against them,” which is an explicit accusation for Turkey and expresses the nature of the new alliances.

Remarkably, Saudi King, Salman bin Abdul Aziz, in his speech to the Shura Council, didn’t even mention Aleppo, or Syria. His Foreign Minister, Adel Jubair, preferred silence, who before confirmed the need for Bashar to step aside, which means anticipation for what is coming in the streak of major shifts, besides fatigue, hit Saudi Arabia, following the Operations “Packets Storm” in Yemen, Jasta law Donald Trump might use. In the Gulf area, the position leaned towards prudence before announcing any specific statutes.

The most remarkable regional position was that of Turkey, its position wasn’t just an outcome of Aleppo fight but came in the frame of preserving its relations with the Russian bear, avoiding confrontation with Iran, Erdogan utterly failed in controlling Syria with weapons, especially Aleppo, so did Iran, and despite their contradicting agendas and hysterically strained relations, they accepted the Russian influence, thus, changing alliances map was for Turkey the option to avoid confrontations.

The Russian President, Vladimir Putin, announcement to work with the Turkish president for the Syrian peace talks to reach broad ceasefire, creates new talks reference that is only limited to Russian and Turkey, with no indication of the United States, Europe, or even Gulf states like Saudi Arabia, Qatar or the UAE, who Erdogan’s former allies in Syria. The Moscow declaration and the killing of the Russian ambassador in Ankara might open the door for more military escalation to achieve more conditions for political negotiations, before getting to Geneva next February, within new Syrian talks, regional countries likely move to mix cards. There is no doubt that Moscow document, Putin calls are means to bypass Geneva and Vienna to keep his new alliance after Aleppo fight.

Another geographical position that is different from the context is the Algerian. After Aleppo, The Algerian Foreign Minister, Ramtan Lamamra, shockingly described the factions opposing Bashar Al-Assad as “terrorist groups,” to explicitly cite radical transformation in the official Algerian position that was always on equal sides of parties to the Syrian conflict, inconsistent with the traditional Algerian politics. Such transformation is a covert announcement of the nature of the new alliance; Algeria is trying to get involved in, without overlooking the internal political situation in Algeria and the fear of the return of Algerian Civil War.

That was the most significant dynamic transformations in alliances around the Syrian conflict, which will affect the region, especially the countries with internal crises like Libya that failed until the date to get out of its crisis. The important shift of the Algerian and Turkish positions could have consequences, specifically with the parties of western Libya. It is evident that the Russian bear is working to reconfigure itself, as a major power in the Middle East through Syria with new geostrategic alliances, which will not be limited to Syria but will gradually expand.

Libya would be one part of the Russian map; that is adopting a strategy to promote influence in Syria, on the expense of Europe’s and America’s fragile zone in Libya. Many factors attract the Russian bear to, directly and indirectly, interfere in Libya. The Libyan wealth, especially gas, is the map of the Russian national security, such issue is the core of the struggle with the Europeans.

Terrorism migration from Syria to Libya will be the primary key in the international crisis, which is a revert migration that will occur in the absence of the State in Libya, and will be an obsession for North Mediterranean states, Libya neighbors. Unfortunately, we the Libyans, lack the national will and the national project.

Libya is a strategic gate for Africa, where the Chines dragon and main Russian ally in the face of the West, which represents an opportunity to seize the western camp in Libya, in response to its expansion in the East, that might be factors of a strategy for the Russian intervention in Libya.

Welcoming the head of the House of Representatives (HoR), Ageela Saleh, and the military command of the HoR, General Khalifa Haftar, is an excellent step from Russia towards Libya, and a confirmation that they are trustworthy for Moscow, without totally closing the door in front of other factions. The alliance between both parties and Egypt might seal the issue is the Mediterranean. And given the Libyan fatigue scene, the Russian role will probably be indirect most of the time, except for cases when the Russian bear decides to use Libya as a barging chip in the face of the great powers, as Russian existence in southern Mediterranean empowers its situation in complicated matters.

For great extent, we can’t compare Libya to Syria, especially that the conflict in Libya has different motives, and that exhausting Libyan parties without any decisive control by any party on economic or geo – strategic resources come within pattern followed by international powers to resolve the Libyan dilemma, as the only way to settle matters and propose the issue of wealth distribution, which will not continue as it is now.

America’s foreign policy is entering what is called “lame duck period” and Donald Trump huge win, who considers Russian –American rapprochement as a priority, prompted Moscow to edge tightly to Libya. Many regional countries involved in the Middle East crises became convinced that their role is about to, gradually, fade in Libya, given the nature of new alliances. The Russian alliance with Iran, Turkey, India, China, Egypt, and finally Algeria and Morocco combines all regional and international contradictions, foretells a year full of surprises. Donald Trump’s policies in Libya may not contradict that of Putin’s, but will rather complete it, if they both get to new Yalta contract that revives the Russian influence in Syria in exchange for the continuity of the American role in Libya.

Recently, Egypt, most influential regional player in Libya and reliable Russian partner, hold meeting with Libyan parties, and given the outcomes and related international support by the United Nations envoy to Libya, Martin Kobler, and statements by the British Ambassador, Peter Millett, is an announcement for new course for the Libyan political accord, and represents new frame to deal with the Libyan crisis.

Haftar’s visit to Algeria, after the later visit to Russia, comes within significant shifts for Algeria, that considers the west and the southwest of Libya a strategic depth to fortify against the return of Algerian Civil War looming on the horizon due to internal and regional tensions. In exchange, the proposed Presidential Council (PC) of Libya missed the chance to achieve better negotiation spot, following the liberation of the city of Sirte, and wrongly got involved in a failure military escalation that cost its international credibility.

Practically, the proposed PC is becoming the past in Libya; the political deal entered a new phase which modification will be for the new alliances. The absence of national civil project supporting the legitimate authorities, failure to launch inclusive reconciliation, depending on the outside, will make any deal a fragile one that will collapse each time. The intransigent parties who refuse compromises allow the international powers to interfere in Libya.

The agreement among public powers with structured bodies could serve to end such fragile situation, but the intransigent party is the one who loses the international alliances, regional authorities can’t provide unlimited support, but they prepare for what is coming next.

Major powers had the most remarkable role in Libya during the last year; the significant regional role will be the Egyptian and Algerian. Readers might have questions about the role of the states with interests in Britain, France, and Italy. So, I should quickly go over them.

France is a part of the eastern camp in Libya; even its primary interests lie in the south, which Haftar is preparing to regain as part of his influence zone. Britain’s role completes that of America in Libya, even somehow different regarding management and rapprochement mechanisms, the US administration will work to dismantle it through series of partial violence, major companies will try to remap the elites as part of their futuristic strategy regarding wealth distribution.

Thus, the Russian role will only be limited to interests, and its development will be restricted to the complex regional and international interactions. And as Churchill said, “Europe is the crocodile back; Libya is the front.” So, confrontation with the Russian bear will escalate the crisis in the Mediterranean and Europe so that the US administration will keep its traditional alliances, role, and influence inside Libya; it might also adopt another strategy. Italy until now is taking the wrong train in Libya, we could soon witness unusual position for the Libyan government, allying with a new local partner.