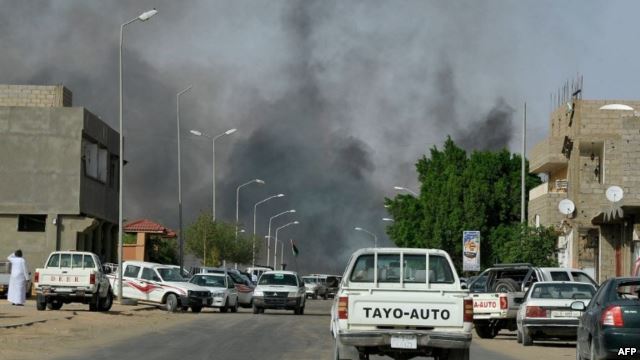 Five people were killed including two children when clashes between Gaddadfah and Awlad Sulaiman tribes of Sabha erupted anew on Saturday and Sunday.

According to medical sources from the city’s main hospital, five people’s bodies – two of them children – and 15 injuries arrived in the hospital on last Saturday and Sunday due to the clashes that erupted on Saturday out of the blue.

The Manager of the Sabha Medical Center, Abdul Rahman Erish, reported Monday that the hospital saw crowdedness of injuries and visitors after the attacks renewed in Sabha between the two tribes.

Sabha went through bloody clashes in last November, when the tribesmen of Awlad Sulaiman and Gaddadfah clashed over the act of a monkey which took the a scarf of a girl off on the street, leaving over 17 dead and 60 injured in two weeks of fighting.

The then fight ended by a doctrine of peaceful coexistence signed by the two tribes’ elders and notables vowing to lay down their weapons and withdraw from the roads and streets in a complete ceasefire and regain of normal living conditions.