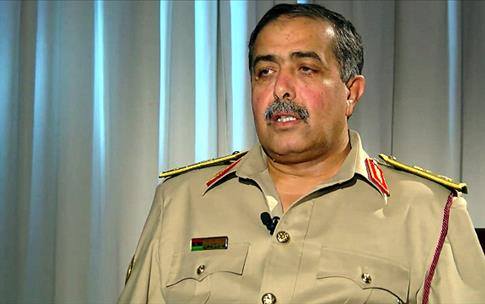 Dignity Operation: Presence of ISIS in Sirte was drama

The Chief of staff of Dignity Operation militia groups Abdul-Razzaq Nadouri has denied the previous control of ISIS group of Libya’s Sirte, indicating the presence of the radical group in the coastal city was drama.

Furious over the victory of Misrata-led forces in Sirte, he said in a televised interview “the presence of ISIS in Sirte was similar to the drama of hijacking Afriqiyah plane in Malta.”

“In fact, there was no ISIS group in Sirte,” he told UAE-funded Libya Channel.

He claimed that all Misrata forces had left Sirte and handed it over to Ansar Sharia group, which is in full control of the city now, according to him.

In April, Khalifa Haftar-led Operation  announced Alkarzabih 2 to liberate Sirte from ISIS, but the announcement was much ado about nothing. A month later, Misrata-led forces intervened and eliminated ISIS from Sirte in just 7 months.