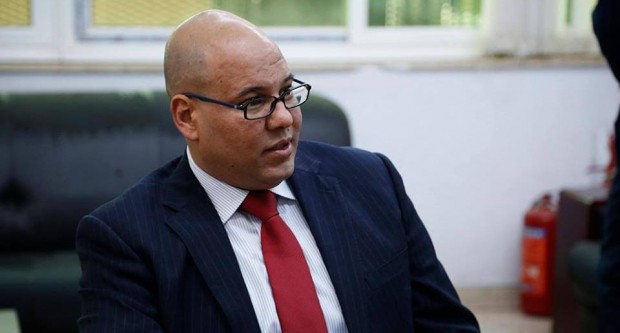 The substitute Head of the Presidential Council (PC) of the Government of National Accord (GNA), Fathi Al-Mijibri, has taken new decisions to appoint new officials in the GNA, which led to a wave of anger at the PC construction.

He also appointed Ibrahim Bu Shanaf as a new Minister of Justice, and the Brigadier General Mohammed AL-Zain as a new commander of the Terrorism Combat Force.

These new inter-interest appointments by Al-Mijibri come as he is appointed a temporary head for the PC while Fayez Al-Serraj is in London to attend his daughter’s wedding party at Jumariah Carlton London, which of course led to a wave of fury in Libya as Al-Serraj is boldly  affording a London party for his daughter’s wedding, while Libyans cannot even get quarter of their salaries from the banks.

The deputy of the PC Head, Abdel Salam Kajman, said Sunday he rejects all of the decisions and appointments made by Al-Mijibri.

On Facebook, Kajman added that all of the decisions made by Al-Mijibri were taken without reaching the right quorum of the PC members, so they are all null until the PC members convene a full quorum meeting.