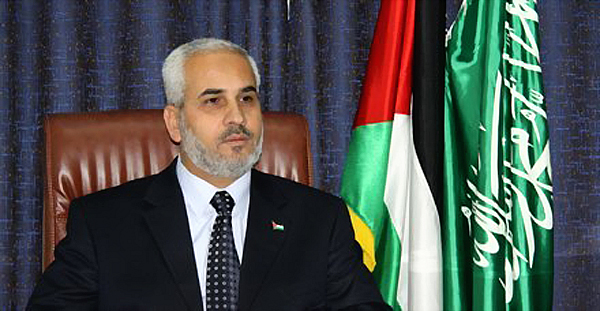 The spokesman of the Palestinian resistance movement, Hamas, Fawzi Barhoum, denied the allegations on Libyan media outlets and social media that said the movement is somehow connected to the Libyan internal conflict.

“We decline to be accused by Al-Thinni-led eastern Transitional Government Interior Ministry officials and their media outlets of having connections with the Libyan conflict and crisis.” Hamas spokesman said in a press statement on Friday.

“Those accusations are not true, we have nothing to do with the Libyan conflict.” Barhoum told the press.

He stressed that Hamas is all about Jerusalem and Palestine as they are their compass, adding that Hamas’s goal is to liberate Palestine from Israel, which is their real enemy, according to the spokesman Fawzi Barhoum.

“We hope to hear that Libya is secure and stable very soon and we hope that all Libyans work together to avoid bloodshed. We are certain that Libyans, government and people, will always be with the Palestinian Cause against the real enemy, Israel.” Hamas spokesman added.

Meanwhile, the Head of the Investigation Bureau in Benghazi told the press on Thursday that security officers had arrested a Palestinian girl in Jilyana district on the charge of spying for Hamas .
“We caught the Palestinian girl red-handed as she was preparing to send information and military data to Hamas.” The Benghazi Investigation Bureau claimed.