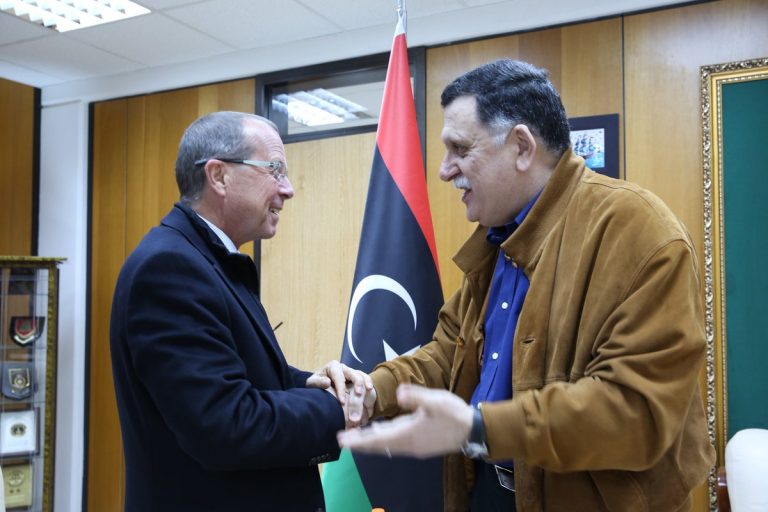 It is being alleged that Deputy Presidency Council (PC) leader Fathi Majbri arrived outside the room and demanded to be admitted.  There is supposed to have been an altercation involving the bodyguards of both men.

However one account has Serraj and Majbri themselves coming to blows. Jamal Zubia the foreign media head of the Khalifa Ghwell’s Government of National Accord rival, the National Salvation Government, said that both politicians had been taken to Accident and Emergency and that Serraj was in a coma.

Martin Kobler was in a position to know what happened. An UNSMIL statement this evening said that his meeting with Serraj was “briefly interrupted” but continued afterwards.

Majbri has been vexed to see decisions he made while in in charge of the PC for a few days, immediately reversed when Serraj returned from a private visit to London.

There is number of pictures of  a relaxed looking Serraj in a brown suede jacket greeting Kobler.