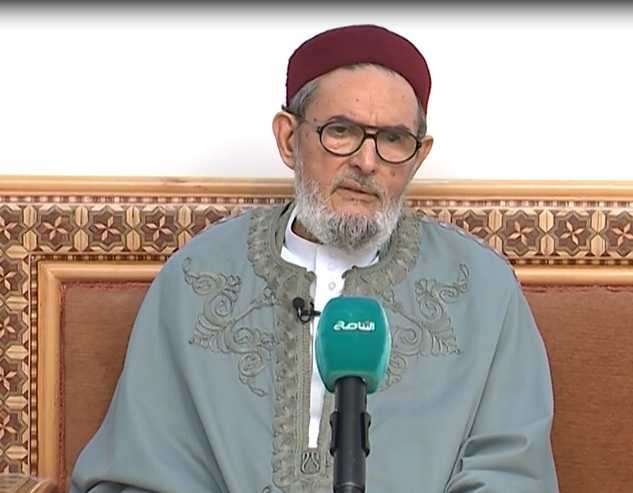 The Libyan Mufti, Sadiq Al-Gharyani, has called on all Libyan political parties to rally around a Libyan dialogue that stems from the will of the Libyans themselves to break off the current political impasse in the country.

In a televised statement on Monday evening, the Grand Mufti said all of the Libyan conflicting parties are invited to renounce differences and to let the bygones be bygones, so that they can form together a preparatory commission that collects their proposals for forming a political entity that is Libyan on the outside and the inside without any foreign intervention or dictation.

“We’re not against the assistance of the foreign powers and the international community, but rather we urge them to stand by us and help us through the decisions that we make, however; without any dictations.” Libya’s Mufti indicated.

He also slammed Skhirat agreement as an “illusion”, saying he is afraid that those parties, which are still following in its footsteps, would bring the country’s irrevocable downfall.

“The parties that are supporting the UN-proposed government and the political agreement have failed to provide it with proper support and could not establish it firmly on the ground across Libya, or maybe it did not want to establish in the first place, so all Libyans must fathom that a Libyan-Libyan reconciliation, away from the foreign hegemony, is what they need.” Mufti Al-Gharyani added.

He also called on all Libyan revolutionary fighters to get together under one command as they did in Al-Bunyan Al-Marsoos operation, which proved effective and successful, pointing out that they should prioritize supporting Defend Benghazi Brigades to other issues so that they can defend Benghazi residents against Khalifa Haftar’s forces.

“Haftar is fighting all Libyans nowadays under the pretext of terrorism and so are some Tripoli-based brigades, so we need to agree on a definition for “terrorism”.” Libya’s Mufti remarked, saying that contrary to what he advocates, Haftar and his forces did not target IS militants in Benghazi, but rather, they gave them a safe corridor out of Benghazi toward the south so that they can rebuild their terror state after being defeated in Sirte.

“The international community – and Haftar likewise – wants to keep the revolutionary fighters busy fighting IS terrorists,” Libya’s Mufti underscored, adding that all the revolutionaries have to be aware of what conspiracies are being plotted against them.