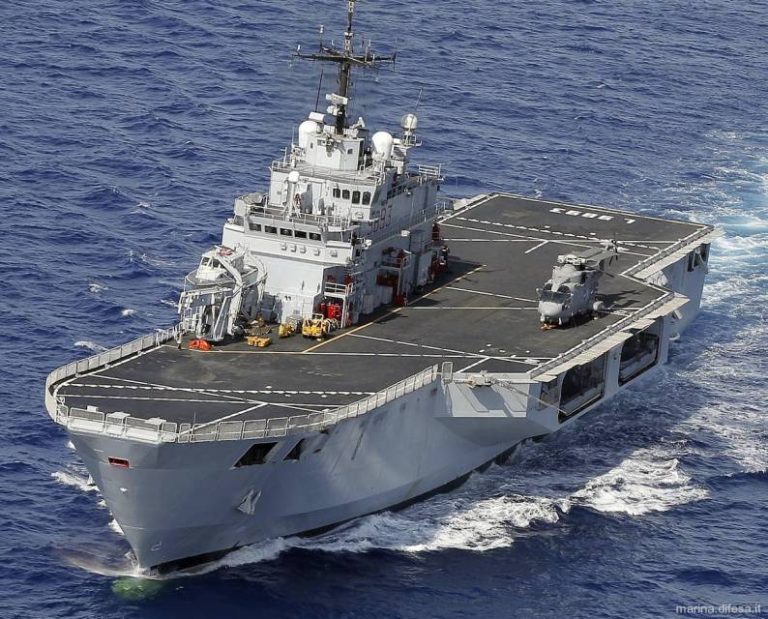 In a sign of its growing annoyance with Italy over its cooperation with the Presidency Council and the Government of National Accord (GNA), the rival interim government in Beida this week accused the Italian navy of illegally entering Libya’s territorial waters. It claimed Italy was violating Libyan sovereignty.

“An Italian military vessel loaded with soldiers and ammunition has entered Libyan territorial waters,” said a note sent by the government in Beida to Libyan embassies abroad.

“It is a clear violation of the UN charter and a form of repeated aggression.”

The vessel concerned is the San Giorgio, an Italian navy amphibious warship which is currently operating with the EU’s Operation Sophia against human trafficking in the Mediterranean from Libya.

Italy has yet to comment on naval deployments, but the GNA in Tripoli confirmed that Italian ship had permission.

Spokesman for the Libyan navy Captain Ayub Gassem dismissed the allegations, saying that the ship in Libyan waters was involved in training.

He said it was involved in training with the Libyan coastguard in waters of the Gulf of Sirte, as part of joint efforts to combat migrant smugglers.

The complaint from Beida coincides with Italy becoming the first country to re-open its Tripoli embassy since the diplomatic exodus following the takeover of the city in July 2014 by Libya Dawn and the interim government having to flee to Beida.

The reopening and the support from Italy for the PC has considerably annoyed the eastern authorities. This week Rome’s interior minister Marco Minniti was in Tripoli for talks with PC head Fayez Serraj in a show of support ahead of the embassy reopening announcement.

According to Minniti, 90 percent of the illegal migrants arriving in Italy last year came from Libya. His country’s migration centres were struggling to host any more, he added.