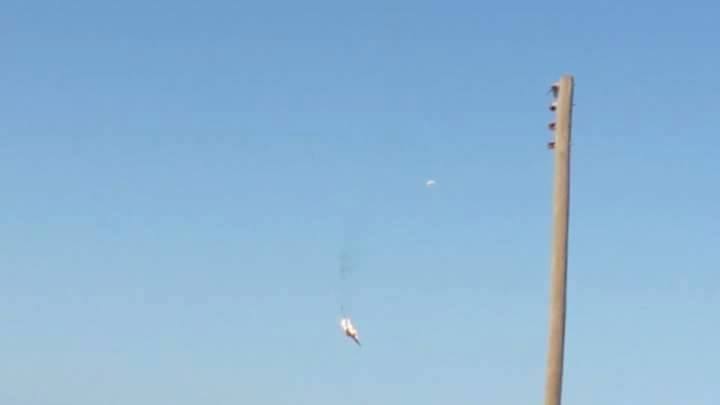 The fighters of Benghazi Shura Council (BSC) shot down a warplane of Dignity Operation forces while it was air attacking Ganfouda on Sunday in western Benghazi.

The pilot survived after the warplane crashed down.

“The downing of the MiG 23 gave the besieged city of Ganfouda a break from the continuous bombardment of Haftar-led forces over the last few hours on Sunday.” The BSC sources remarked.

Dignity Operation confirmed that its MiG 23 crashed down while it was on mission to rain down bombs on besieged Ganfouda, assuring that the pilot, Younis Al-Dinali, survived, as he ejected himself before it fell down.

Younis Al-Dinali has survived another downing while carrying out airstrikes before, according to sources. He survived a crash when his aircraft was downed while bombarding Derna last year as part of the Haftar-led forces’ war on the city after it had eradicated IS terror groups.

Lately, Dignity Operation air force renewed airstrikes on Ganfouda and Busanib in western Benghazi amid attempts to advance on the two areas, which are considered the last spots held by the BSC fighters after a ferocious war by Haftar’s Dignity Operation, which kicked off in May 2014.