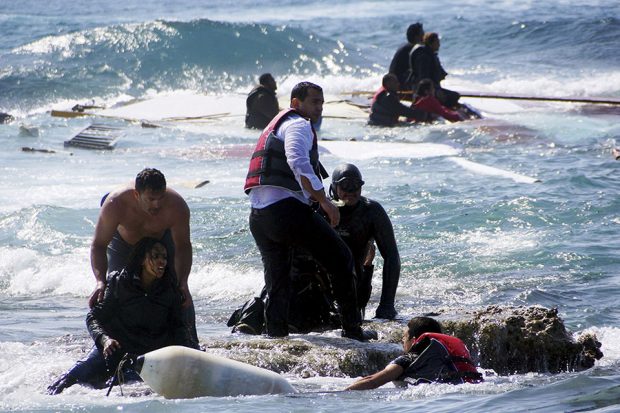 At least 100 migrants are feared dead after their boat sank off the coast of Libya. The Italian coastguard, which is conducting a search, said eight bodies had been recovered from the water, and four people had been rescued, wrote Metro news.

But dozens were still believed to be missing as night fell, making the search difficult to continue.

The boat is reported to have sank between Libya and Italy, about 30 miles from the Libyan coast.

A French naval ship, two trade vessels, and aerial support have been called to help with the search.

It is unclear what the nationalities of the migrants in the boat are.
Despite the number of migrants travelling to Europe by land drastically decreasing since late 2015, hundreds still make the dangerous journey.

Since the start of the year, more than 1,000 people have arrived in Europe by sea, according to the UN refugee agency (UNHCR).

And just two days ago, 550 migrants were rescued while making the journey across the Mediterranean.

The UNHCR say a record 5,000 people died trying to reach Europe in this way in 2016, due to human traffickers cramming more and more people on to each craft.