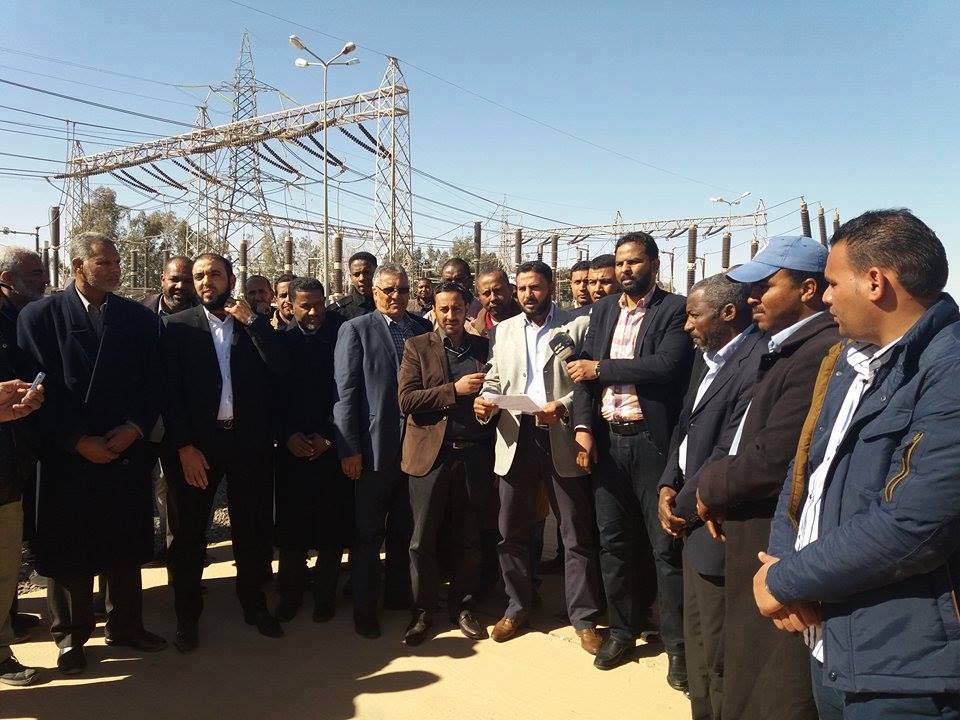 The mayors of Libya’s south issued a statement on Tuesday saying the southern region has become a disaster-stricken and a forsaken region amid the ongoing power outages, which reached day 10 consecutively in some cities, causing shortages in water and health problems.

The statement, which was read for the public in Sabha, urged the representatives of the south at the UN-proposed government, Al-Thanni government, the House of Representatives and the High Council of State to suspend their membership and return to the south.

“We’ll hold those representatives accountable of what would become of the southern region if they don’t react positively to our statement.” The statement reads.

“We call on the municipal councils of Misrtata, Zliten, Al-Khums, Al-Zawiya, the western mountain and Abu Salim to commit to the load shedding policy to help alleviate the suffering of the southern region’s residents.” The statement adds.

It also indicated that Ubari gas power station must be finished urgently, pointing out that there must be an emergency meeting that will gather all of the government southern representatives so that they can propose a way out of the region’s dilemmas.

Many cities in the southern region have been without electricity for ten successive days amid the shortages of water supplies and fuel as well as cooking gas.