Home / Normal / Official: Tripoli-Rome flights to be resumed; visa to be facilitated 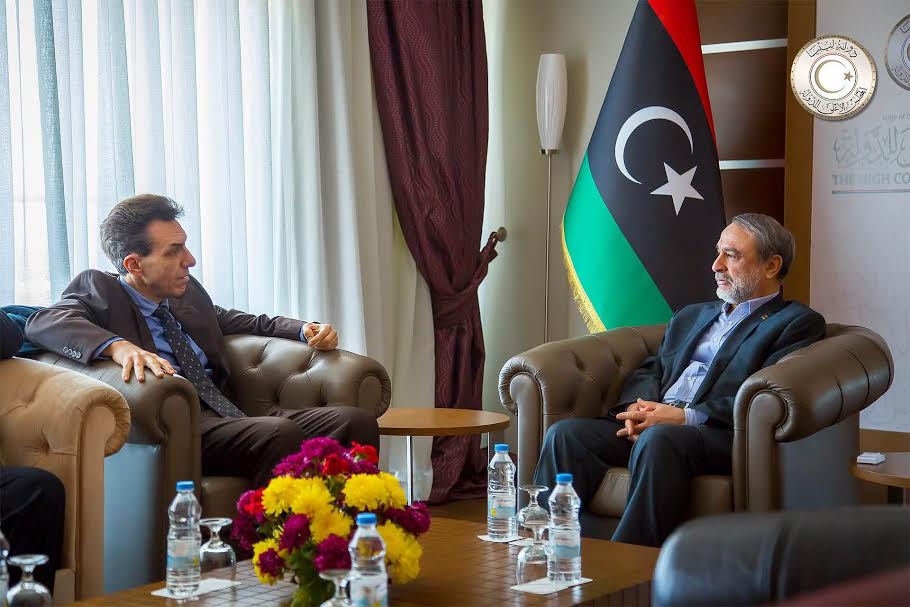 Official: Tripoli-Rome flights to be resumed; visa to be facilitated

The Italian embassy in Tripoli is due to start receiving visa applications from Libyan people next month, ambassador Giuseppe Perrone declared on Wednesday.

During his meeting with president of High Council of State Abdul-Rahman Swaihli in Tripoli, ambassador Perrone also said that direct flights between Tripoli and Rome would be re-established in February.

“An Italian 250MW mobile power plant will arrive in Tripoli soon to connect it with the power grid here,” Perrone announced, a step that aims to tackle the ongoing power outage crisis in the country.

Ambassador Perrone presented his credentials to the UN-proposed Presidency Council on January 10, to be the first western ambassador to assume office from Tripoli since 2014.