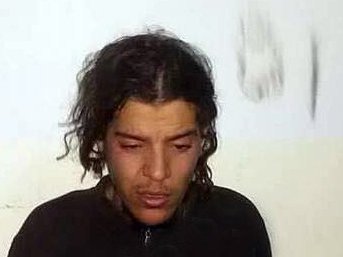 The Benghazi Revolutionaries’ Shoura Council and its IS and Ansar al-Sharia terrorist allies had until last year operated a camp near Misrata’s Libyan Iron and Steel Company (LISCO) and sailed regularly between the port city and Benghazi during the fight against the Libyan National Army.

The claim comes from former Ansar Al-Sharia spokesman Naizar Jalal Atwier who was captured near Ajdabiya after the mass breakout from Ganfouda at the start of this month.

Atwier has given a broadcast confession during which he also said that the head of Tunisia’s Ansar Al-Sharia, Saifullah Bin Hussein,  known as “Abu Ayaz”, was still in Ganfouda.

Atwier said that the camp near LISCO had been set up in 2014 and run until last year. He did not say why it had closed.  He also said that he and other militants had been able to travel by boat to Benghazi.  On two occasions last year, craft believed to be used as terrorist supply vessels were blown up and sunk when they were moored alongside the  loading dock at LISCO.

Atwier, dressed in an orange jumpsuit, told his TV interviewer that since Ganfouda had been cut off from supply by sea, conditions in the enclave had become bad.

When he was originally detained, Atwier had told his captors that Benghazi militant leader Wissam Ben Hamid was dead, after being wounded in the chest and neck by shrapnel. Terrorist sources later denied Ben Hamid’s death.