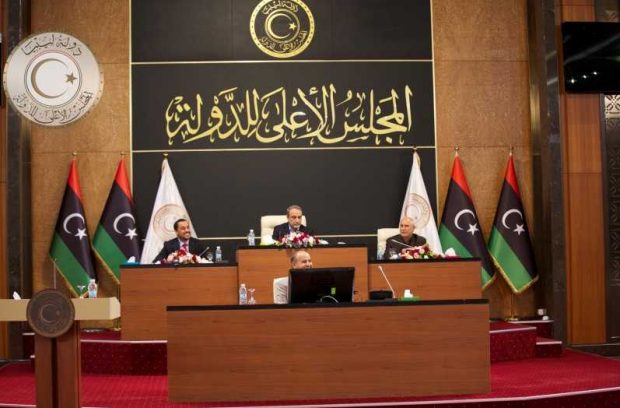 The High Council of State (HCS) was cited by close sources that it had rejected any discussions about reshuffling its members by the meeting of the political dialogue members in Tunisia.

The HCS’s delegate to the meeting that is taking place in Tunisia said the council won’t agree to discuss the reshuffling except with the Tobruk-based House of Representatives (HoR) as per the political agreement signed in Skhirat in December 2015.

“The only legal mechanism to discuss amending the political agreement the bodies working under its authority is via an agreement between the HoR and the HCS as included in the Skhirat-signed agreement.” The HCS’s delegate was reported as saying.

A meeting for the Libyan political dialogue members convened in Tunisia on Sunday in a bid to discuss amending the agreement and bodies formed out of it so that a solution to Libya’s crisis can be effectively found.