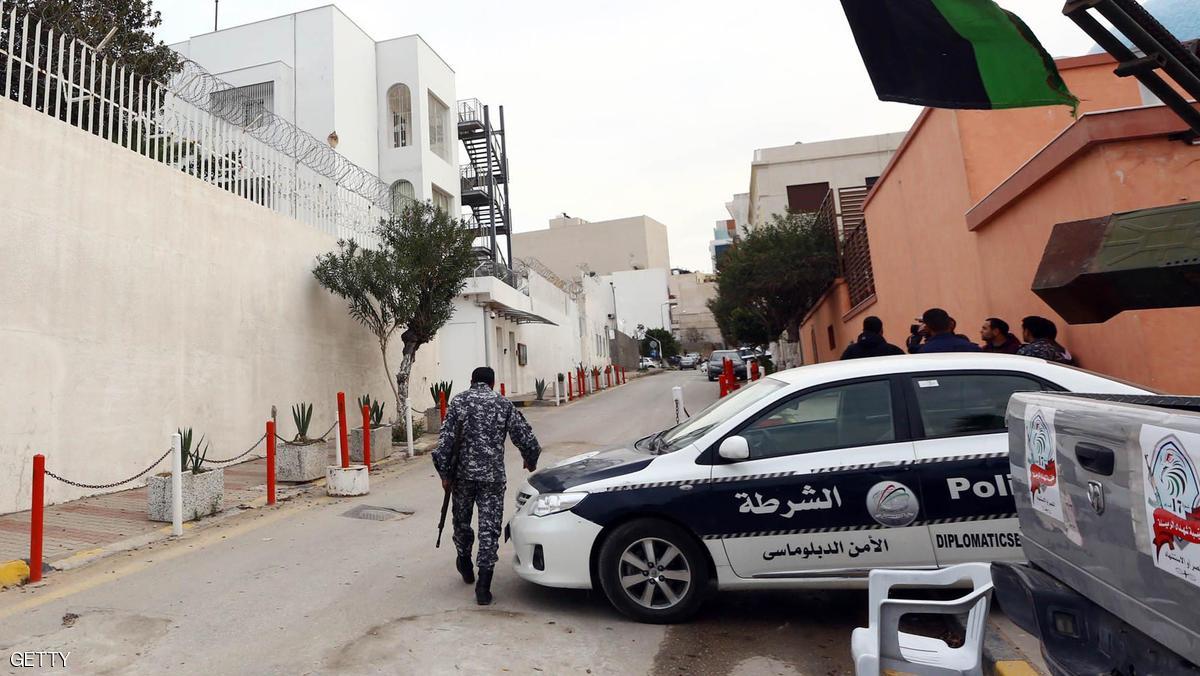 A picture taken on February 15, 2015 shows Libyan police vehicles outside the Italian Embassy in Tripoli. Italy said it was pulling out staff from its embassy in Libya and suspending operations there because of mounting insecurity in the troubled country. AFP PHOTO / MAHMUD TURKIA (Photo credit should read MAHMUD TURKIA/AFP/Getty Images)

The Special Deterrence Force unveiled on Wednesday the identity of the three terrorists who were behind the car bomb explosion in Tripoli on Saturday.

Spokesperson of the force Ahmed Salem said three military personnel linked to the so-called Dignity Operation were behind the explosion that was intended to blow up the Italian Embassy in Al-Dahra district.

“The aim of the failed attack on the Italian Embassy was political to undermine security in the capital,” Ahmed said.

He identified the two attackers who were killed inside the car bomb after a police chase as Milood Mazin and Hamza Abu Ajilah, while the third plotter, Omer Kabout, is still on the run.

Milood Mazin and Hamza Abu Ajilah’s role was to park the car bomb next to the wall of the embassy, while Omer Kabout’s role was to pick them up in his car.

Ahmed stated that Omer Kabout is a senior Dignity Operation commander in western Libya who used to supervise the secret meetings of the followers of the operation in his house at the Airport Road of Tripoli.

Security ForcesSecurity Situation
Tripoli
2017-01-25
asaeid
Previous Libyan passport holders to be stopped from having US visas
Next Libya: 90 bodies found at site of US airstrike in Sirte