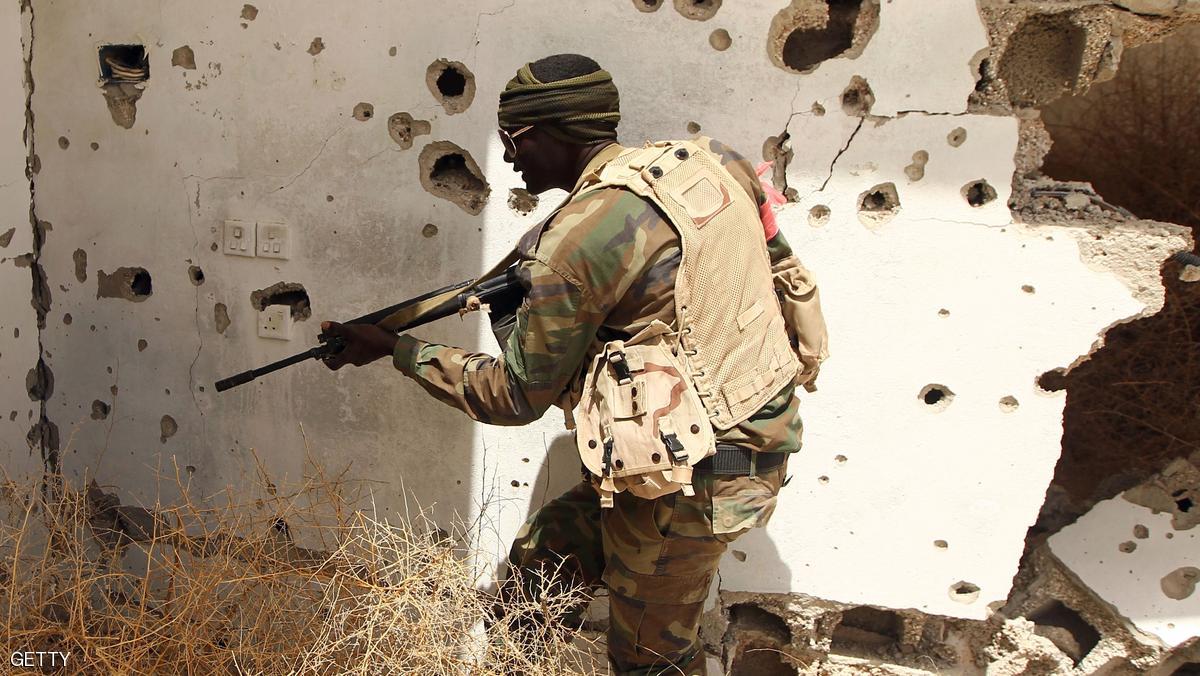 A member of the Libyan pro-government forces patrols a rural area on the outskirts of the eastern coastal city of Benghazi which they retook from armed groups as fighting continues in the second city on April 19, 2016. Government forces have clashed with militants in the area since April 14, 2016 when a military official said seven soldiers were killed near a cement factory. / AFP / ABDULLAH DOMA (Photo credit should read ABDULLAH DOMA/AFP/Getty Images)

Armed clashes erupted late at night on Saturday in the town of Garabulli, some 60 km to the est of Tripoli.

According to eyewitnesses who spoke to the Libyan Express, the clashes are between armed groups from Garabulli and others from the city of Tarhouna, some 88 km to the southeast of Tripoli.

The eyewitnesses and local sources added that at least 8 people were killed in the clashes and many others were injured.

It is not known for now what was the reason that triggered the overnight clashes.