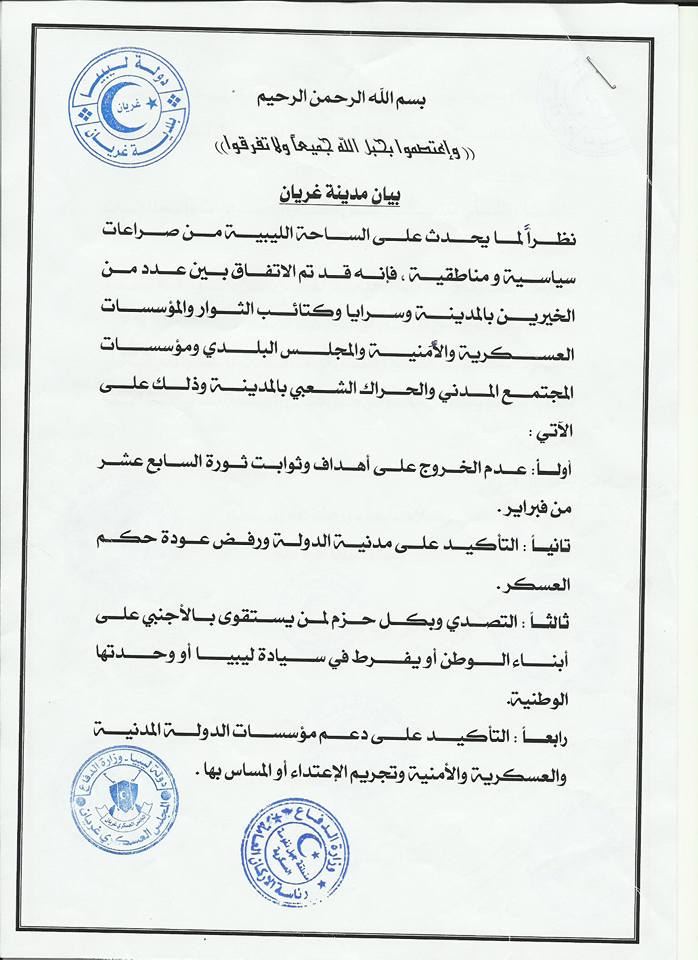 Gharyan municipality said Thursday that both military and civilian institutions in the city agreed on holding dear to the constants and principles of the 17 February revolution, rejecting the return of military rule in the country.

“The agreement that was struck among military and security brigades as well as civil societies and social activists plus the municipality clarified that the city opposes foreign intervention in Libya’s affairs, holding to its sovereignty and unity.” The municipality’s statement adds.

It also indicated that the city will fight all Libyans who enlist the help of foreigners to overcome their fellow citizens, stressing that Gharyan supports military, civilian and security institutions in the country, renouncing any attempts to attack them by any party.

“We call on all conflict parties in Libya to come together and convene a dialogue to reach reconciliation.” The statement says.

The statement also added that Gharyan is detached from any political agenda, refusing to acknowledge anyone claiming to be a dialogue member for Gharyan if they were not appointed officially for the job by the municipality.