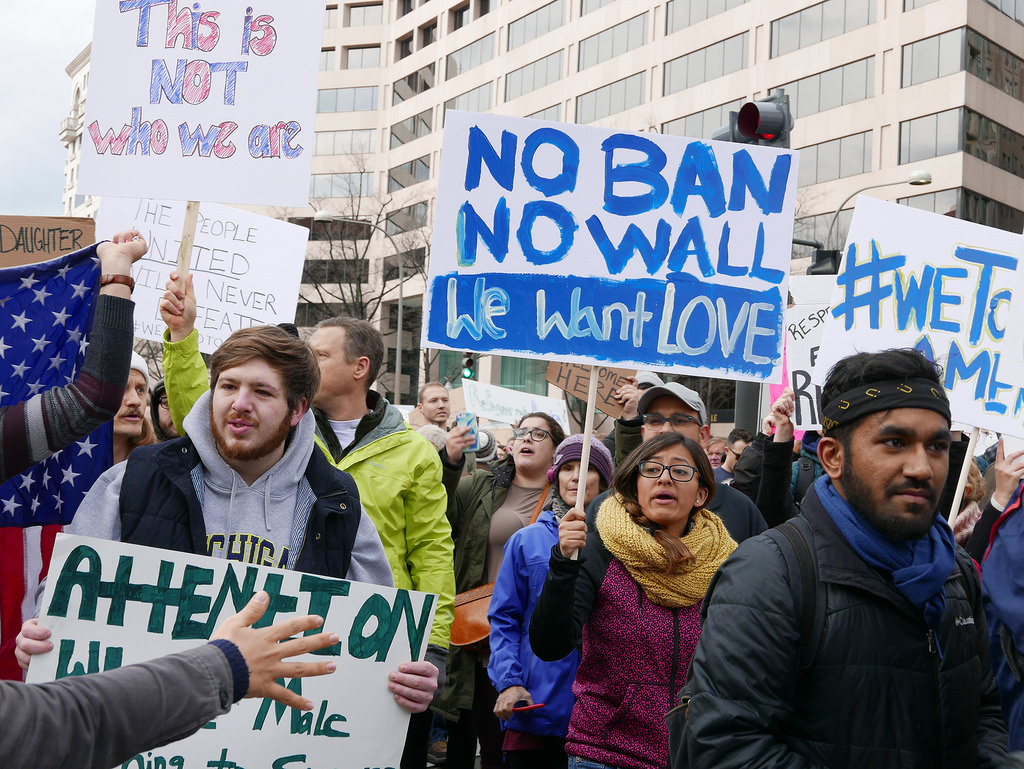 The first conference on Libya-US relations under a Trump presidency has been postponed, due to President Trump’s ban on Libyans entering the United States.

The one-day event, entitled “New Vision, Hope, and Opportunities” was due to be held at the Ronald Reagan Building in Washington DC on 16 February.

“As a result of Executive Order 13769 of January 27, 2017, which bans Libyan travelers from entering the United States, it will not be feasible for the full complement of speakers, sponsors, and guests to be in Washington, D.C.,” the National Council on US Libya Relations (NCUSLR) said in a statement.

There had been high expectations that this conference could help increase investment in the country, which would in turn improve security prospects.

A new date for the conference has not been announced as of the time of publication, but the NCUSLR said a date would be announced within two weeks.

“Many have recognized the importance of this conference and there appears to be political will to enable it to succeed,” the statement said.

International Relations and CooperationPolitical Transition
All
2017-02-05
asaeid
Previous Libya’s capital on verge of all-fronts war
Next House of Representatives is a failed institution and corrupt, MP discloses