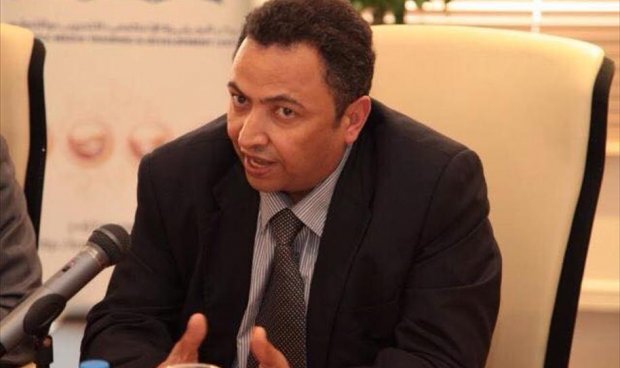 The kidnappings continue, particularly in Tripoli

A television journalist was grabbed in front of his Tripoli home today while his helpless wife looked on. The abductors told him that they wanted him for “investigations”.

Ali Salem, head of programming at the state-owned Al-Watania TV was seized by unidentified gunmen at around 10am. His wife told Alwasat that she heard a noise outside.

“I found him struggling with an unknown armed group, who forced him go with them,” she said.  “I asked them to take his car and leave him alone but they answered that they want him for investigations.”

His TV station has appealed for his release.

Another Tripoli kidnap this weekend is the manager of the Al-Masara Clinic, Dr Abu Ghanem Baruni, who disappeared on Saturday. No further details of his abduction are known.

Meanwhile the Audit Bureau in Tripoli has revealed that their colleague Sami Al-Laafi, missing since the 31 January, had been investigating a fraud at the health ministry. The Bureau said on its social media page that Laafi had been looking into fake purchase orders for foreign goods.

The Bureau alleged that his enquiries had produced an angry response.

“He was blackmailed and threatened during his investigation and now he is paying the price for his fight against corruption,” it wrote.

These abductions are only tip of the iceberg in Tripoli. It is reported that in the 46 days from 15 December there have been 293 known abductions including 11 married women and 21 girls.

There have also been 482 reported attacks on vehicles, 503 shootings leaving 23 people dead and the discovery of 118 unidentified bodies.  One of the corpses, which was discovered yesterday in Tripoli was that of the commander of Janzour’s Mobile Forces.  Emhemmed Azzabi was found dead in the Hadba district in what appeared to be an assassination. Azzabi’s militia, though from Janzour, is not part of the current fighting between the Wirshefana and the Knights of Janzour around Bridge 17.

But Tripoli does not have an absolute monopoly on kidnapping. In Shahhat in the east a former General National Congress member Fawzi Al-Ogab was seized yesterday in circumstances that are still unclear.

Meanwhile there is no news of Kufra House of Representatives member Jibril Awhaidah, who was kidnapped in Tobruk nearly a week ago.

It is being said that he was seized  in retaliation for the alleged involvement of his son in the disappearance of a member of the Obeidat tribe five years ago in Kufra – an allegation that apparently only came to light last year. Attempts at a reconciliation and investigation into that disappearance failed. The son went into hiding and in retaliation, his father was kidnapped.