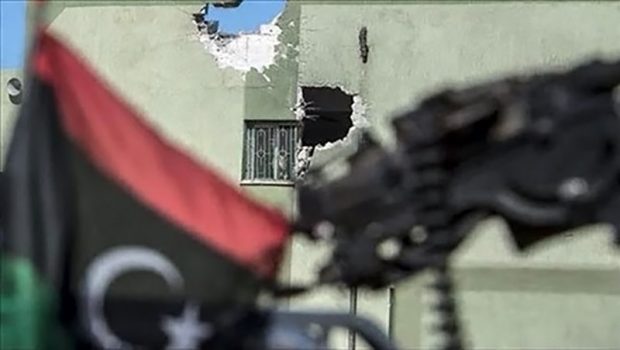 On Thursday, violent clashes erupted at the western entrance of the capital, Tripoli, between armed groups called Fursan Janzour Brigade, which is positioned in Janzour some kilometers west of Tripoli, and armed forces from the Wershefana district to the west of Tripoli.

The clashes lingered and due to the heavy shelling and mortars, many were injured and some from both sides were killed, according to the Red Crescent, which started on Sunday morning assisting the wounded and retrieving the bodies from the battle scene.

The armed groups from Wershefana are reportedly loyal to the Tribes Army – a faction loyal to the eastern commander of Operation Dignity, Khalifa Haftar, while Fursan Janzour Brigade is appointed as part of the interior ministry’s security forces in the capital’s suburbs.

According to sources from nearby the clashes, the fight broke out over the killing of a Wershefana person who attempted to steal a car of a Janzour person in Sayyad area nearby Janzour in western Tripoli.

After the guy was killed, the Wershefana people totted their arms and got out their tanks and attacked the Fursan Janzour Brigade which is positioned in Sayyad and Bridge 17, the entrance to Janzour and then Tripoli.

No official meddling in the fight has yet taken place, no condemnation and no support from either government, which to most Libyans is absurd as the official authorities are watching two armed forces fighting among civilians and leading to casualties and destruction in the district.

Janzour Municipality announced Sunday and the two coming days as a holiday and said schools and other governmental institutions will be closed until further notice.

To some analysts, this war is ominous of a war coming soon to the capital by the eastern forces, whose leaderships have always said they are eyeing Tripoli for the next war on terror, as they claim.

This speculation is nearly rue as the Tribes Army of western Tripoli and specifically, Wershefana, are said to be loyal fighters for Haftar and they both have exchanged praise many times before.