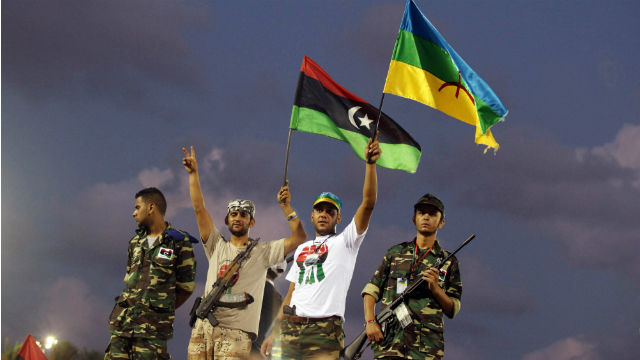 The member of the High Council of Libyan Amazigh, Hisham Al-Hamadi, has denounced the statements made by the House of Representatives’ member, Ali Al-Tekbali, accusing what he called “the Amazigh Army” of occupying Tripoli’s western area.

“Al-Tekbali’s statements prove the amount of immorality the HoR has reached.” Al-Hamadi added, saying Libya’s Amazigh have boycotted the HoR both in nominations and elections from the start.

Speaking on TV, Al-Hamadi explained that the Tobruk MP’s statements violate the international laws and the UN declaration (Article 08 of the International Law) that is signed by 106 countries including Libya on matters of reserving the rights of the natives.

“We as Amazigh tolerate all people regardless of race and color.” Al-Hamadi added, saying they decry threatening Tripoli’s Amazigh by what it he called Haftar’s militias that call themselves Libyan Arab Army, “but they are loyal only to Haftar,” he remarked.

“Libya’s Amazigh still have a fixed vision on supporting February revolution and rejecting any military rule. We will be the first to face any military rule that usurps Power in Libya. We will fight the so-called Arab Army.” Al-Hamadi explained, denouncing the racial demeanor of the Tobruk-based HoR toward the the Amazigh’s case.

He also said that Nafousa Mountain and Zuwara areas, which are peopled by a majority of Amazigh residents, are two of the safest districts in Libya and Tripoli is much better than eastern Libya, which is under a military rule.