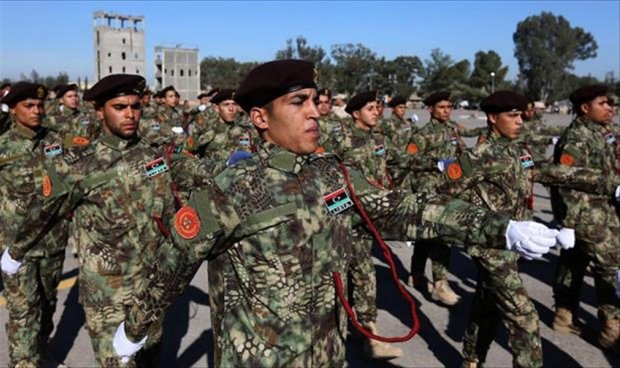 Libya’s UN-backed unity government on Sunday slammed the creation of a national guard rival by armed groups to its own presidential guard in the capital Tripoli.

The Government of National Accord said it considered the creation of the “Libyan National Guard” to be “an attempt to form a parallel body to the Presidential Guard” it has formed.

“These groups and those supporting it are considered to be outlaws,” the GNA said in a statement. “And they will be treated as such by the security and judiciary bodies.”

The GNA warned that the formation of a rival guard was an attempt “to lead the capital into bloody armed conflict”.

On Thursday, armed groups mostly from the western city of Misrata, announced the creation of the “Libyan National Guard” to continue the fight against the Islamic State group, as well as to secure state institutions and diplomatic missions.

But they did not say whether or not it would support the GNA, which has struggled to assert its authority across Libya since taking office in the capital last year.

Local sources have said militias in the “Libyan National Guard” include backers of Khalifa Ghweil, leader of a self-proclaimed “Government of National Salvation” which has refused to recognise the GNA.

A GNA source has said most of the groups involved in the “Libyan National Guard” had participated in a seven-month battle to retake the city of Sirte from IS last year.

Misrata’s militias, which control much of western Libya, led the battle to retake the former IS bastion but say the GNA stopped backing them after Sirte fell in December.

On Friday, the United States said it had noted with “serious concern reports that numerous tactical vehicles from an organisation claiming to be the ‘Libyan National Guard’ have entered Tripoli”.

Libya has been wracked by chaos since the 2011 toppling of dictator Muammar Gaddafi, with rival militias and administrations vying for control of the oil-rich country.