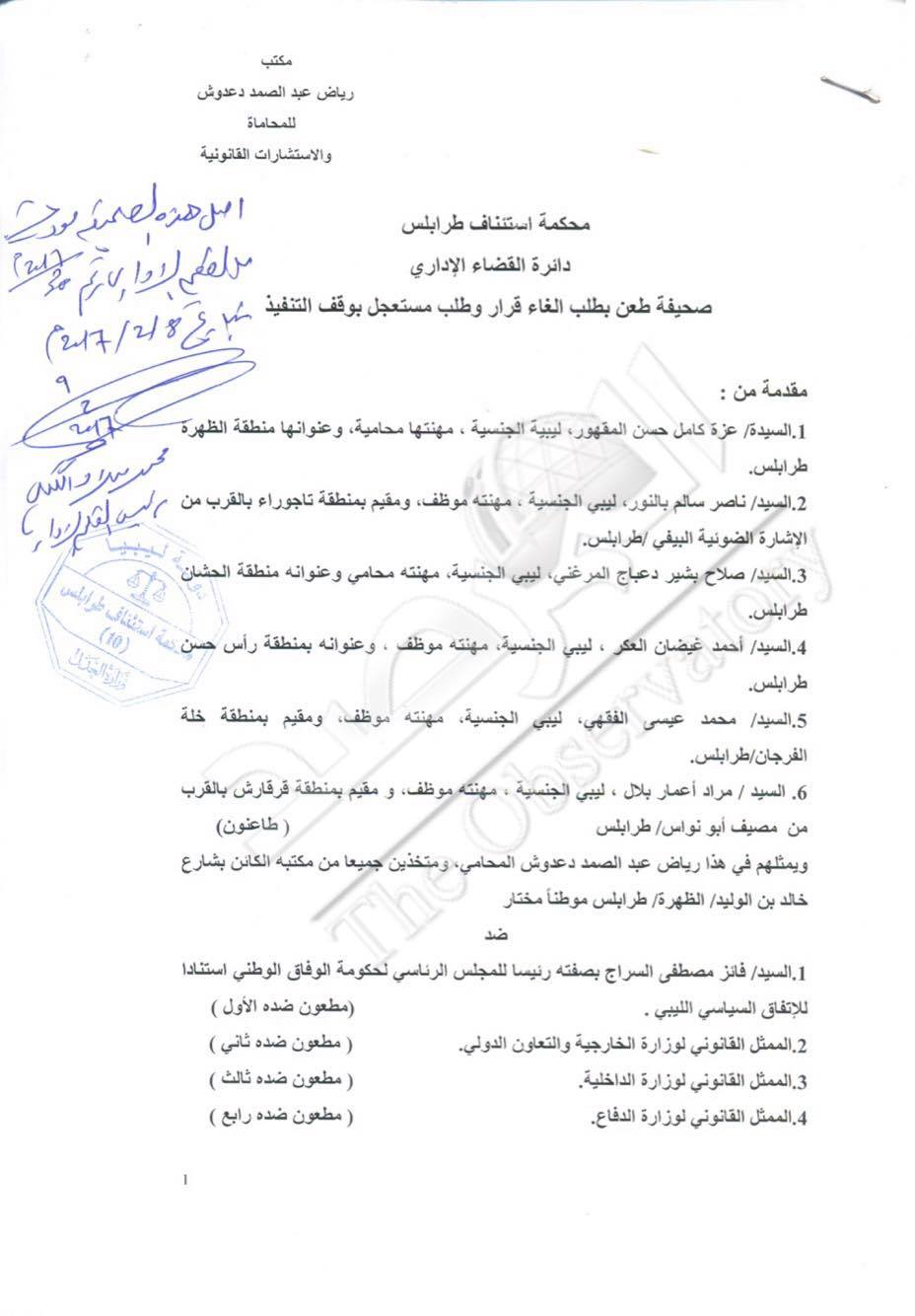 A number of Libyan citizens lodged an appeal at the Judiciary Division of the Tripoli Appeals Court against the signing of a Memorandum of Understanding (MoU) between the UN-proposed government’s Presidential Council’s Head Fayez Al-Sirraj and the Italian Prime Minister, Paolo Gentiloni.

Six Libyans lodged the appeal, including the lawyer, Azza Al-Maqhor, the former Justice Minister, Salah Al-Marghani, against Al-Sirraj as he is the Head of the PC that was formed by the Libyan Political Agreement, which the citizens said is not constitutional.

According to the press, the appeal, which was lodged on Thursday and was comprised of 23 pages, fell back on constitutional and legal pillars regarding the legitimacy of the PC at the first place and that it has failed to get its cabinet approved.

The appeal also referred to the fact that the MoU included commitments that were shouldered to Libya regarding the issue of illegal immigration when indeed they were not included in the Libyan-Italian Friendship Treaty of 2008.

Sources added that the Judiciary Division at the Tripoli Appeals Court is going to rule on the appeal on the February 15 hearing.