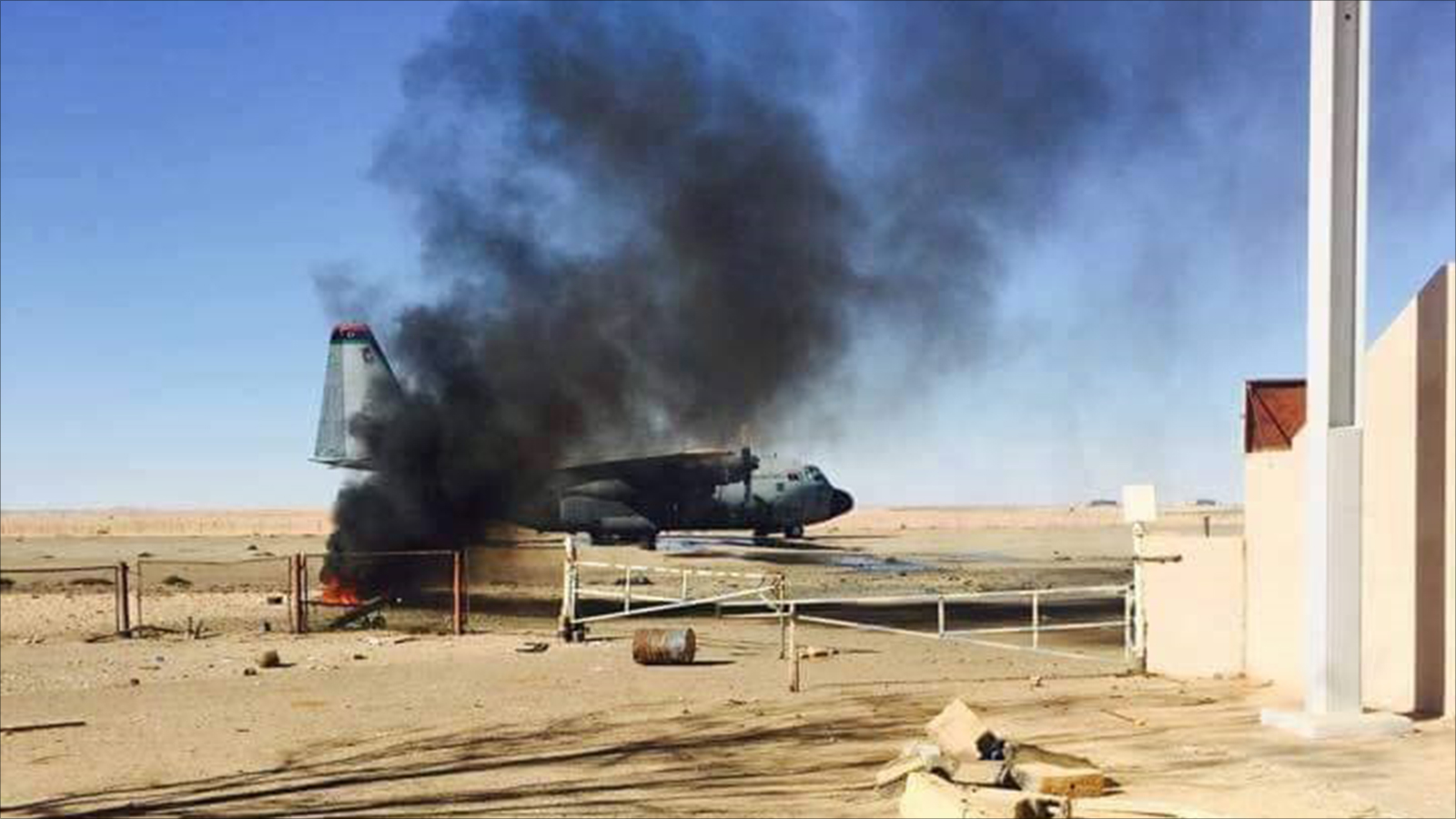 The attack came after the DBB pronounced out-loud control on some oil terminals in the area nearby Zallah town.

“Dignity Operation warplanes air attacked the 12 Brigade barracks of the UN-proposed government’s Defense Ministry two times and then attacked a location at Al-Jufra airbase, which is controlled by forces from Al-Bunyan Al-Marsoos operation.” A military official from the DBB explained.

The news made the cut with the announcement of the Dignity Operation Air Force Command, which said that its warplanes raided Wednesday on DBB position in Hun town, targeting their residential location and vehicles.

Last Friday, the DBB fighters downed a helicopter of the Dignity Operation killing all crew aboard in southern Sirte.

Forces from the UN-proposed government, the military council of Misrata, and the DBB, have been in control of Al-Jufra airbase and the areas in its vicinity, making a number of landmark advances toward the oil terminals in a bid to recapture them from Dignity Operation forces.