Home / Normal / UN delegate to Libya: People trapped in Ganfudah must be allowed a safe way out 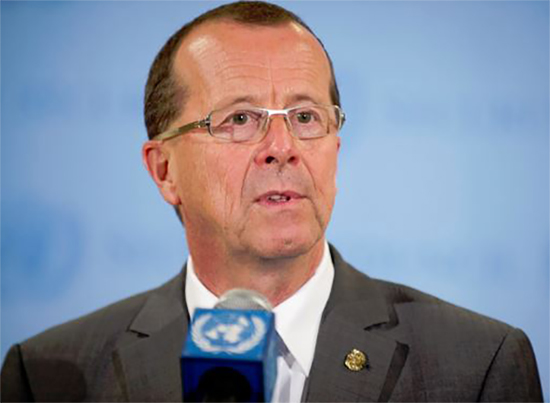 UN delegate to Libya: People trapped in Ganfudah must be allowed a safe way out

The UNSMIL Head, Martin Kobler, said Sunday that civilians caught in the fight in Benghazi’s Ganfudah must be allowed to leave through safe corridors.

On Twitter, Kobler said the persons arrested by Operation Dignity forces of Khalifa Haftar should be treated well and should be tried in court.

Detainees must be well treated & brought before the judiciary 2/2

Earlier, Kobler tweeted that there had been discussions with many Arab and European countries on the sidelines of Munich Security Conference.

He added that he had discussed with the General Prosecutor of the International Criminal Court the Libyan cases especially the human trafficking issue.