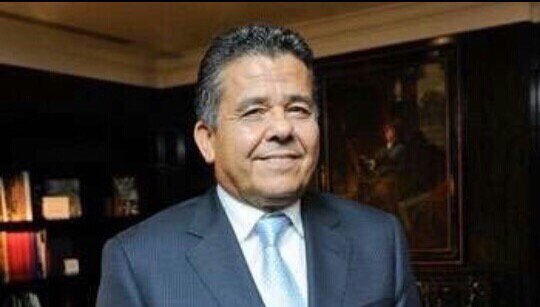 The foreign minister in the Beida-based interim government, Mohamed Dayri, has attacked the call for made by the president of the European parliament, Antonio Tajani, for the EU to set up refugee reception centres in Libya.

Tajani made the call in an interview two days ago with journalists from Germany’s Funke Mediengruppe while on a visit to the country. Proposing his own solution to the Mediterranean migrant crisis, he had also said that such centres must not become “concentration camps” and that there needed to be a Marshall Plan for Africa, to ensure people stay there; otherwise 20 million Africans would head to Europe in the next few years.

The European parliament president’s proposal was “counterproductive and dangerous”, Dayri said in his statement, a copy of which he gave to the Libya Herald. It would also complicate regional and international efforts to resolve the Libyan crisis.

He contrasted it with the statement of EU foreign policy chief Federica Mogherini following the European Foreign Affairs Council meeting in Brussels on 6 February that the EU would support agreements that the Libyans themselves make about their future. That statement, he believed, had shown that the EU was no longer wedded to the Libyan Political Agreement as it stood and was willing to accept changes to it, such as reducing the Presidency Council to three members rather than the current nine.

The proposal by Tajani, however, was worrying. It cast serious doubts on Europe’s real intentions in the search for a Libyan political solution, he said.

Moreover, given the inability of the Presidency Council’s government of national accord to do anything, there was no way that an agreement on migrant camps could be implemented at present, he added.

Referring to the recent controversial agreement between Italian prime minister Paulo Gentiloni and Faiez Serraj on dealing with migrants, there was too much vagueness and obscurity in what the Europeans and, in that particular case, the Italians were suggesting. Europe be better served by adopting “constructive and open communication with Libyan public opinion” he insisted.

He suggested, too, that much of what the Europeans were saying was largely directed to domestic audiences with upcoming elections in mind.

“Italy is not alone; other European states will also have elections this year,” he said. Politicians should start making electoral calculations based on the current situation in Libya.

Given that the overlong transition period has been unable provide security for Libyans suffering from terrorism and the exactions of the militias, what was needed now from the international community and from Europe was cooperation and support for the Libyan national army and the police, Dayri said. They alone, he insisted, can stem terrorism, growing criminality, especially in Tripoli, and the human traffickers and “merchants of death”.

“It is to this agenda that Europeans are called to join”, he stated.

Tajani’s call for migrant camps has been criticised in Germany. The country’s foreign minister and deputy chancellor, Sigmar Gabriel, is one of those opposed to it although interior minister Thomas de Maizière favours it.

Germany has elections on 24 September.