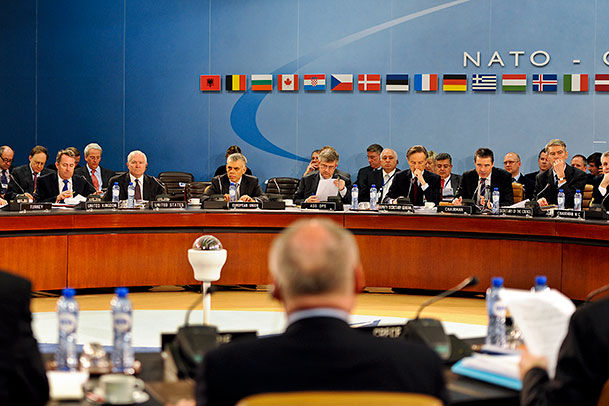 The Kremlin has revived its criticism of the U.S.-led intervention in Libya, days ahead of a possible visit by the war-torn north African country’s prime minister, state news agency Itar-Tass reports.

The NATO operation in 2011 helped topple Libyan authoritarian leader Muammar al-Qaddafi quickly but the limited planning for rebuilding the country politically resulted in a collapse into civil war. Extremist groups have risen to prominence in the country and ex-U.S. President Barack Obama pointed to the lack of planning as his worst mistake in his last year in office.

Russia was opposed to the move though did not block the resolution for an intervention in the United Nations Security Council. Regardless, Libya has become the Kremlin’s standard example of Western inadequacy in the Middle East. Monday Russian President Vladimir Putin’s spokesman gave yet another clue that Moscow intends to play a role in restoring a strong regime in the country.

“Russia is interested in Libya finally becoming a working state after this barbaric intervention that was conducted from outside, that led to catastrophic consequences from the point of view of the Libyan state and the future of the Libyan people,” Peskov said. “That is why we are interested in the swift development of a durable power in Libya that can begin the process of restoring and recreating the state.”

Peskov made his comments Wednesday after Putin’s Middle East envoy Mikhail Bogdanov’s statement Monday, in which he announced that the prime minister of the Government of National Accord of Libya, Fayez al-Sarraj, would visit Russia “in the coming days.”

His is one of a handful of political institutions in Libya that are vying for de facto power over the country as a whole, though Moscow has recently courted rival factions, most notably the military leader Khalifa Haftar.

Haftar was given a statesman’s welcome aboard Russia’s Syria-bound air carrier last year and has said he expects Russia to lobby for his and Libya’s interests in the U.N. Security Council.

Peskov said Putin himself is currently not planning any meeting with Sarraj. The Kremlin has let the ministries of defense and foreign affairs negotiate with Libyan factions, including Haftar’s during his last visit to Moscow in November.