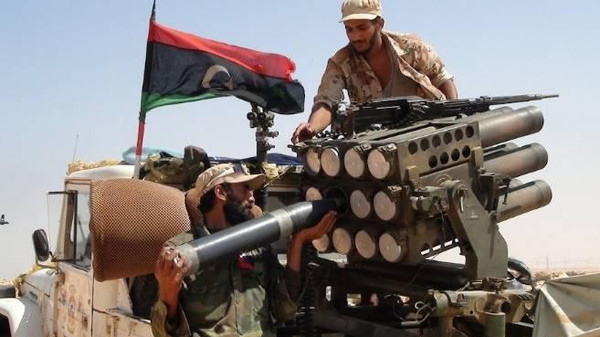 Benghazi Defense Brigades accused, in a statement on Friday, Haftar of selling the country to Arab and foreign countries. The statement added that Haftar recruited mercenaries from Chad and Sudan to kill Libyans on the Libyan lands.

Benghazi Defense Brigades announced the Operation of Returning to Benghazi, confirming that it will not stay in the Oil Crescent Region because its direction is towards Benghazi.

Benghazi Defense Brigades called the official institutions in the country to take the region.

Other sources from Ras-Lanuf city confirmed that the Defense Brigades controlled even Ben-Jawad.

On the other side, a spokesperson for the Interim Government of the HoR announced that the Interior Ministry called its security forces to get ready to fight the forces of Benghazi Defense Brigades in the area between Harawa and Ejdabiya (The Oil Crescent region).

From its side, the Presidential Council (PC) of the Government of National Accord (GNA) in Tripoli announced that it has no relation to the attack of Benghazi Defense Brigades on the Oil Crescent region.

The PC, in a statement, said that it hadn’t issued any orders to attack the region, condemning what it considered as dangerous escalation that comes in the time of the efforts for the national reconciliation.

The Defense Ministry of the GNA said that it would form a force to disengage the clashes in the region. It called the fighting sides to cease fire immediately.

The Salvation Government under the leadership of Khalifa Al-Ghuwel warned the head of the National Oil Corporation (NOC) of the consequences of politicizing the clashes in the region. It added that the NOC shouldn’t cover up the existence of foreign mercenaries and the militias of the Sudanese Justice and Equality movement that  supports Haftar.