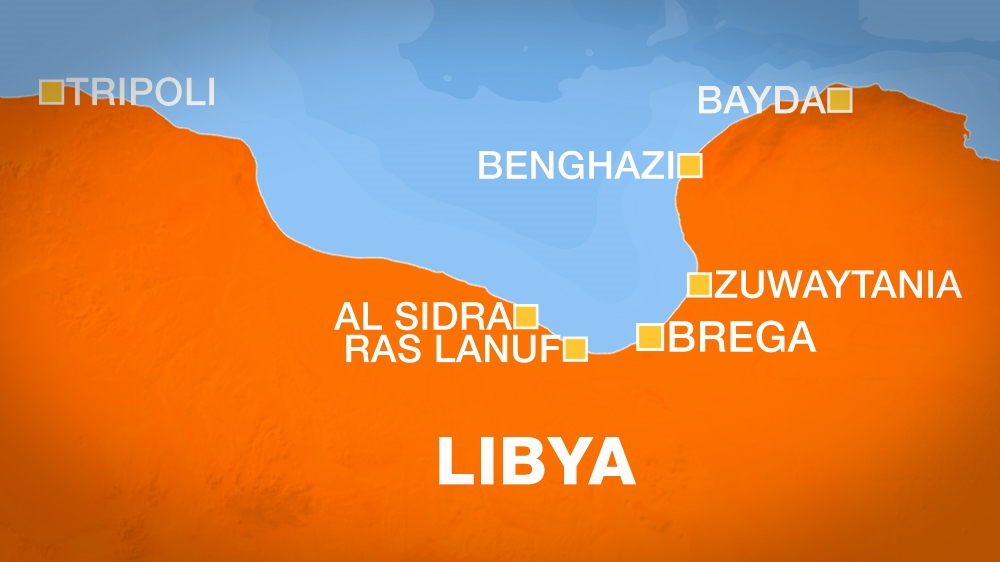 An eastern Libyan group says it is carrying out air strikes against rival factions as part of its attempt to push them back from positions around the major oil terminals of Es Sider and Ras Lanuf.

The Libyan National Army (LNA) is attempting to regain control of the ports after being forced to withdraw on Friday by an attack by the Benghazi Defence Brigades (BDB).

The BDB is composed partly of fighters who were expelled from Benghazi by the LNA.

There were also clashes between the rival groups on the ground, security and oil officials said, though it was not immediately clear whether either side had advanced.

The ports are among Libya’s largest, though both terminals were badly damaged by previous rounds of fighting and have been operating far below their pre-conflict capacity.

The LNA forces, who are loyal to General Khalifa Haftar, conceded the loss of Es Sider and Ras Lanuf on Saturday.

The latest fighting, which is linked to a broader, stop-start conflict between political and military factions based in eastern and western Libya, threatens efforts to revive Libya’s oil production.

National output more than doubled after the LNA took control of the oil ports of Es Sider, Ras Lanuf, Zueitina [Zuwaytania] and Brega in September.

All the ports except for Brega had long been blockaded.

Production has recently been fluctuating around 700,000 barrels per day (bpd), but remains far below the 1.6 million bpd Libya was pumping before the 2011 uprising that toppled its longtime ruler Muammar Gaddafi.

Since then, the North African country has been riven by chaos and factional fighting.

The LNA has been waging a military campaign for nearly three years against Islamists and other opponents in the eastern city.

“Haftar claims to control most of the eastern part of Libya around Benghazi,” Oliver Miles, a former British ambassador to Libya, told Al Jazeera.

“But control is a loose word. He’s been fighting for a long time to deal with them, and it has taken a long time time to clear them up. He’s repeatedly said they’ve dealt with the problem, but they keep reuniting.”