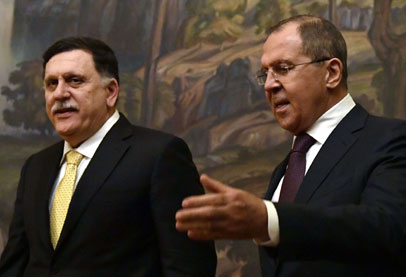 Russia has indicated it is happy for its companies to return to Libya, pending security approval, and will also look at resuming construction of the stalled railway line from Sirte to Benghazi.

The news came after Presidency Council (PC) Faiez Serraj and his delegation concluded their visit to Moscow with a meeting with Deputy Prime Minister Arkady Dvorkovich and a number of top Russian officials, including deputy foreign minister Mikhail Bogdanov.

The two sides agreed a joint committee,the Libyan Russian Business Council, to restart stalled Russian projects, including the 554-kilometre train track from Sirte to Benghazi that began work in 2008.

Dvorkovich also happens to be the chairman of the Russian Railways’ board of directors.

However, whilst Dvorkovich said he approved of Russia’s businesses returning to Libya, it would be up to the companies themselves to assess the security situation and make the final decision.

Both sides also looked at renewed military and security cooperation..

The delegation has now left Moscow. Siala has headed to Cairo for a meeting of Arab League foreign ministers ahead of the Arab summit in Amman, Jordan, in late March.