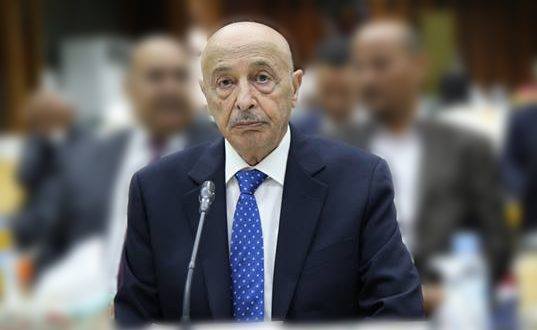 The media advisor of the Speaker of the Tobruk-based House of Representatives (HoR) Fathi Al-Maryami told the pro-Al-Thanni-chaired government Libyan News Agency that Aqilah Saleh informed the High National Elections Commission (HNEC) of his desire to hold parliamentary and presidential elections before February 2018.

“The elections will be held as per the laws and regularities placed by the HNCE.” Al-Maryami added on Tuesday.

He pointed out that given the current unrest in Libya, the elections are needed more than ever and they can be done without voting by the HoR members.

“All must get ready for these elections as Libyans are now considerably need a president and an HoR to represent them.” Al-Maryami remarked.

This surprise statement came hours after the HoR discredited the Libyan Political Agreement that was signed in Skhirat, Morocco in December 2015, and after it had suspended participation in any dialogue meetings, in what it described as a response to the Defend Benghazi Brigades’ operation that saw Operation Dignity forces kicked out of most of the oil crescent region.

Defend Benghazi Brigades (DBB) launched early on Friday a fresh military operation to facilitate the return of Benghazi IDPs to their city, according to Boshra News Agency, the news outlet of Benghazi Shura Council.

The DBB forces took control of Ras Lanuf oil terminal and airport as well as Essidra oil terminal in central Libya, in addition to Ben Jawad and Nofaliya towns, in a surprise attack on Dignity Operation forces there.

In the meantime, the Petroleum Facilities Guard (PFG) of UN-proposed Presidential Council took control of Ras Lanuf and Sidra oil ports from Benghazi Defense Brigades (BDB) on Tuesday after the BDB secured it and pushed the forces of Khalifa Haftar out of them.

Libya has three rival parliaments and governments. The country descended into political chaos right after the elections of the House of Representatives in 2014.

In February 2014, the then-legislature, the General National Congress GNC, extended its mandate for 11 months. Many activists, most of whom are now members in Tobruk parliament, met the decision with anger and protests.

As a result, the GNC formed February Committee to look for alternatives. The committee proposed a new legislature, the House of Representatives HoR, which was elected in June 2014.

To add fuel to the fire, the UN Mission in Libya drafted a political agreement in order to settle the political deadlock between the HoR and GNC. The agreement was rejected by both rival parliaments, but the UNSMIL went on with its project and signed it in Skhirat, Morocco, in December 2015 by unauthorized MPs, creating a third rival parliament and government.